Tokyo Olympics bronze medallist Lovlina Borgohain said that she has identified her weakness and now she is looking forward to upcoming competitions. 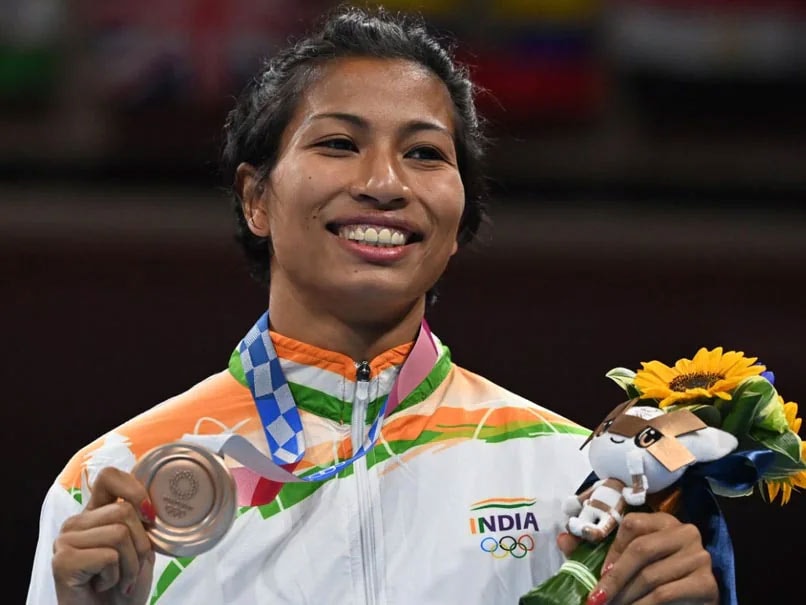 Boxer Lovlina Borgohain, who won a bronze medal at Tokyo 2020, was felicitated by Assam Olympic Association and Assam Amateur Boxing Association on Friday. The boxer said she is now looking forward to upcoming competitions and wishes to get better with each passing event. "Looking forward to upcoming competitions. In my semi-final bout at Olympics, I identified my weaknesses, so am working on them now," Lovlina said at the felicitation event. The felicitation took place in Guwahati, where the boxer was conferred accolades, 'Gamosa' (traditional Assamese stole), and a reward.

Earlier on Thursday, Lovlina received a grand welcome at the Guwahati airport from the state government. Assam Chief Minister Himanta Biswa Sarma was present at the airport to receive her. Taking to Twitter, he said that the boxer has ignited a billion dreams with her success in Olympics.

Lovlina took the bronze medal after she lost the women's welterweight (64-69kg) semi-final bout to Turkey's Busenaz Surmeneli in the Olympics. Busenaz Surmeneli defeated Borgohain by a unanimous decision of 5-0. All five judges gave decisions in the favour of Turkish boxer as she stamped her dominance.

With pride & glory, I welcomed our star Olympian medalist @LovlinaBorgohai at Guwahati airport. Lovlina has ignited a billion dreams with her success in #TokyoOlympics2020 and set an example for budding sports talents in rural areas to aspire for achieving big at the world stage. pic.twitter.com/glcLxgSEml

Meanwhile, Lovlina on Wednesday enjoyed home-style Assamese food after more than a year along with Union Minister Sarbananda Sonowal. In a video posted on Twitter, Lovlina could be seen eating along with the former Chief Minister of Assam in his house.

Comments
Topics mentioned in this article
Lovlina Borgohain Boxing Olympics 2020 India Olympics
Get the latest updates on IPL 2021, check out the IPL 2021 Schedule and Indian Premier League Live Score . Like us on Facebook or follow us on Twitter for more sports updates. You can also download the NDTV Cricket app for Android or iOS.