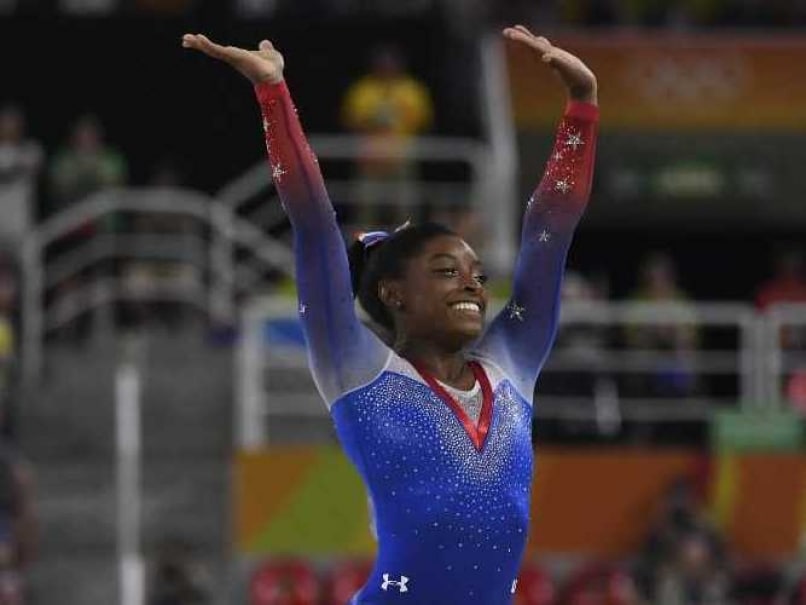 US star Simone Biles claimed a record-equalling fourth Olympic women's gold on the floor in Rio on Tuesday as former gymnastics giants China flopped to their worst Games showing in 32 years.

The 19-year-old Biles sealed the floor title with a powerful display of acrobatics and tumbling to add to her team, all-around and vault gold on the final day of competition in the Rio Olympic Arena.

Biles had been bidding to win a record five women's gold in Rio after taking the team, all-around and vault titles.

But a slip on the beam on Monday saw her take bronze on that apparatus.

China return home without a title since they got a first gymnastics gold in 1984.

Their last men's hopes Deng Shudi and You Hao slumped on parallel bars, which was won by Ukrainian Oleg Verniaiev.

It is the first time a Chinese gymnast has not won the parallel bars title since 2004.

Deng finished fourth after a wobble and You last in the eight-man final after falling on his dismount.

Comments
Topics mentioned in this article
Gymnastics Olympics 2016 Olympics
Get the latest updates on SA vs IND 2021-22, check out the Schedule and Live Score . Like us on Facebook or follow us on Twitter for more sports updates. You can also download the NDTV Cricket app for Android or iOS.