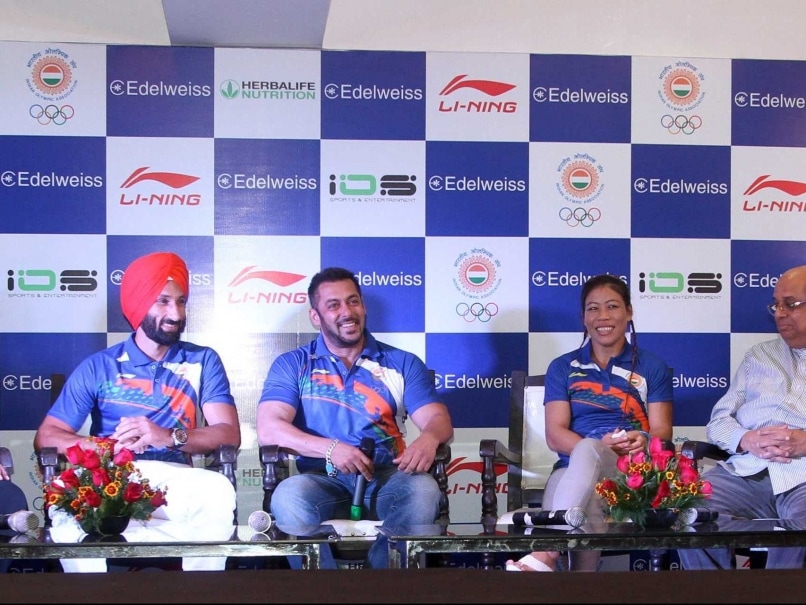 Salman Khan with Sardar Singh and MC Mary Kom on the occasion of him being named as India's goodwill ambassador for Olympics.© NDTV

Bollywood superstar Salman Khan's appointment as Indian Olympic contingent's goodwill ambassador for 2016 Rio Games on Sunday kicked up a storm, with star wrestler Yogeshwar Dutt and sprint legend Milkha Singh questioning the move even as Indian Olympic Association and some other athletes backed the decision.

Salman, who is playing the role of a wrestler in his upcoming film 'Sultan', was named goodwill ambassador by the IOA on Saturday in the presence of boxer MC Mary Kom, hockey captain Sardar Singh, and shooter Apurvi Chandela among others.

The position itself is unprecedented and IOA's decision to pick Salman for it left the sporting fraternity divided with London Olympics bronze-medallist Yogeshwar and the legendary Milkha Singh leading the criticism.

The IOA, however, stood firm on its decision to name Salman and said it would rope in more icons from music and cricket to motivate the Rio-bound athletes.

"We are very happy and thankful on Salman's offer to support Olympic Sports in this country. This association is only a gesture and does not include any monetary consideration," IOA secretary General Rajiv Mehta said in a statement.

"...our key objective of bringing him on board is to draw maximum attention from the masses, due to which there will be more eyeballs and viewership which will eventually result in popularising Olympic sports in the country. We may appoint more icons from other walks of life like music, cricket, art culture and Olympic sports etc.

"Mr Salman Khan is only being appointed from the Bollywood segment and we are in talks with two other big names in music and cricket. We are more than willing to have as many icons including the likes of Ms. Anju Bobby George and Ms. PT Usha who have the capacity and capability to popularise Olympic sports in the country," he added. Earlier, Yogeshwar said Salman has done nothing to merit such an appointment.

"Everybody has the right to promote movies in India, but Olympics is not a place to promote films," Yogeshwar tweeted in Hindi.

"Can anyone tell me what is the role of goodwill ambassador? Why are you fooling the public?" he added.

The 33-year-old Yogeshwar felt a sportsperson would have been more apt for the position. "Sportspersons like PT Usha and Milkha Singh strived hard for the nation during difficult times. But what has this ambassador done in sports?

"What will happen by the appointment of an ambassador? If you had to do this drama, then why not appoint a sportsperson?" he asked. "The country needs medals, not sponsors."

Milkha too felt that the IOA has taken a wrong decision and should reconsider the move.

"India has produced so many sportspersons who have given their sweat and blood for the country like PT Usha, Rajyavardhan Singh Rathore, Ajit Pal and so many others. One of these could have been made a goodwill ambassador. What was the need to import a person from Bollywood?" he asked.

Milkha, who won gold in 1958 and 1962 Asian Games, said the fact that no Indian sportsperson had been picked up as ambassador saddened him.

"I want to make it clear that I am not against Salman Khan, but the decision of the IOA is wrong and the Government should intervene in the matter. This is for the first time I am seeing a Bollywood hero being made goodwill ambassador for Olympics. I want to ask has Bollywood ever made any sportsperson an ambassador for any of their mega event?" he said.

"I want that the decision to name Salman Khan as ambassador should be revised," he said.

Pillay for a sportsperson as ambassador

The sentiment was echoed by the likes of former hockey star Dhanraj Pillay.

"I would like to see a sportsperson as brand ambassador. We have legendary players such as Milkha Singh, P T Usha, Abhinav Bindra. No doubt Salman is one of the best faces of Bollywood and whatever he says sells. But in sports I feel sportsperson should be ambassador," Pillay said. However, Sardar and Mary Kom felt that the Bollywood celebrity's mass appeal will help raise awareness about Olympic sports ahead of the Games in Rio de Janeiro in August.

"Salman has a huge fan base. He has good views on sports and it's a good thing for Indian sports that he has come on board. A lot of people are getting connected to Olympic sports because of him. (But) People are entitled to their views. I respect their opinion," Sardar said.

"It hasn't happened before, it's a good thing for the athletes. It's good for us to have a brand ambassador like him," opined Mary Kom, a bronze-medallist from the 2012 London Olympics. 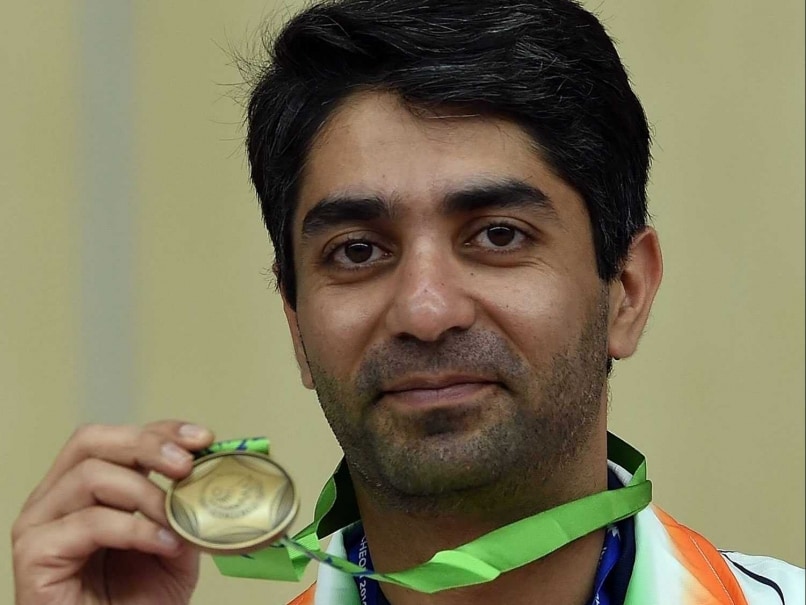 Abhinav Bindra, who won the gold medal in the 2008 Beijing Olympics, has said that making Salman Khan promote the Rio Olympics made strategic sense.

"Dear @BeingSalmanKhan, am sure you will use your tremendous goodwill to help Indian Olympic Sport and Olympic athletes in their pursuit towards excellence.

"Congratulations on being appointed ambassador of the Indian Olympic Team! An absolute honour which comes with great responsibility!" the ace marksman said in a series of tweets.

Commonwealth Games gold-medallist discus thrower Krishna Poonia said although an athlete would have been a better choice, Salman's popularity is undeniable.

"There is no dearth of athletes in our country. There is P T Usha, Sachin Tendulkar, so many who have done us proud. The public, however, loves filmstars and probably it was thought that it would help popularise Olympic sports. I wish all the luck in his new role," Poonia said.

Comments
Topics mentioned in this article
Abhinav Bindra Yogeshwar Dutt All Sports Olympics 2012 Olympics 2016 Olympics
Get the latest updates on IND vs NZ 2021, check out the Schedule and Live Score . Like us on Facebook or follow us on Twitter for more sports updates. You can also download the NDTV Cricket app for Android or iOS.