Brazil hasn't been this close to the gold medal in football since Romario was a young promising star in the late 1980s. 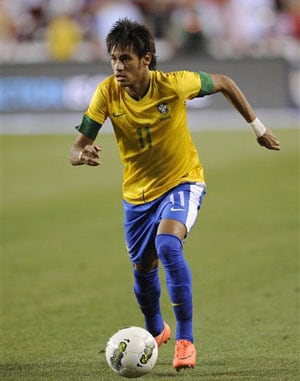 Brazil hasn't been this close to the gold medal in football since Romario was a young promising star in the late 1980s.

Many great players have tried and failed after him, including the likes of Rivaldo, Roberto Carlos, Ronaldo and Ronaldinho.

Now it will be up to Neymar, the future of Brazilian football, to try to end decades of frustration and give the nation its first gold, the only trophy missing in football for the five-time world champions.

Brazil is the favourite going into Saturday's final at Wembley Stadium against Mexico, a team which has had unusual success against its Latin American rival in recent years and will also be looking for its first Olympic gold.