Shikhar Dhawan Opens Up On Rising Competition Within Team India

Shikhar Dhawan said that the youngsters in the team are challenging the seniors. 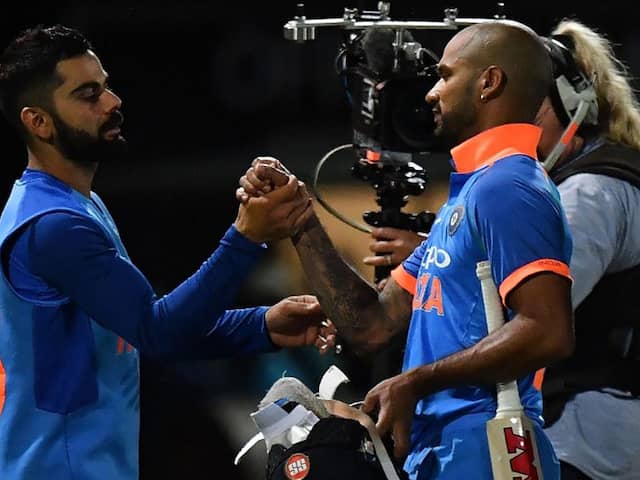 Shikhar Dhawan played a starring role with the bat as India crushed New Zealand in the 1st ODI.© AFP

India are ranked number one in Tests while in ODIs and T20Is, they are in second position. The Indian cricket team is going through a purple patch and confidence is high ahead of the all-important 50-over World Cup later this year. With the team doing well, the competition for places is also high and opener Shikhar Dhawan feels that is down to youngsters maturing quickly. The left-hander praised the bench strength of Team India and the high competition within the team is keeping everyone on their toes.

Dhawan took the example of Prithvi Shaw to prove the quality of bench strength of the Indian team.

Shaw made his Test debut in October, playing a starring role against the Windies with the bat.

"I think the youngsters are maturing really quickly in Indian cricket and that creates a lot of competition in the team, everyone has to be on their toes," Dhawan said ahead of the second ODI against New Zealand on Saturday.

"Someone like a Prithvi Shaw, the way he came into the Test team and scored a century and 70 runs against the West Indies, it shows that our bench strength is also very good. So even among the 15 (squad members), we have very high competition."

On the personal front, the opener is back among runs following a lean run in the ODI series against Australia. En route his unbeaten 75 on Wednesday, Dhawan completed 5,000 runs in the 50-over format.

"The milestone (5000 runs) means that I'm playing well and I am grateful for it," he said.

Dhawan spoke about the similarities between conditions in Australia and New Zealand.

"I think Australian and New Zealand conditions are quite similar. I feel that I'm an experienced player now, I came here a few years ago. So you know what to do and what not to do (in New Zealand). I know my technique suits all sorts of wickets, so I just back myself.

"I haven't worked on any footwork or technique specifically for New Zealand and even if I have, I won't tell. Once you are experienced, your mind is calm and at ease."

On his stand with captain Virat Kohli at Napier, he said: "The good thing about batting with Virat is that we rotate the strike very well and that is one thing that keeps up the pressure (on opposition)."

Shikhar Dhawan Prithvi Shaw New Zealand vs India Cricket
Get the latest Cricket news, check out the India cricket schedule, Cricket live score . Like us on Facebook or follow us on Twitter for more sports updates. You can also download the NDTV Cricket app for Android or iOS.