Martin Guptill Out Of New Zealand Side For India T20I Series

Martin Guptill failed to recover from a back injury. 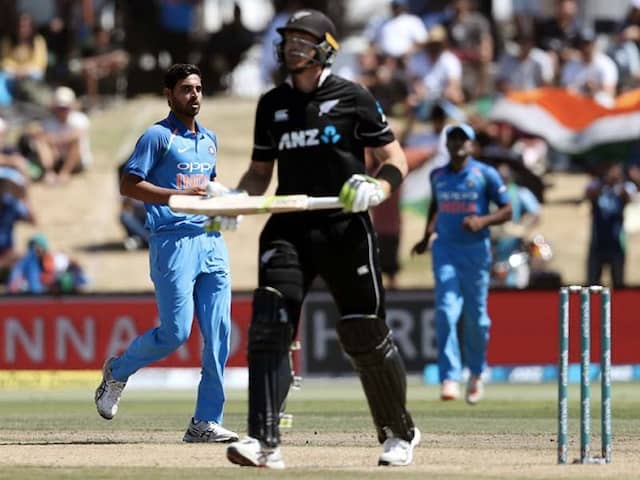 Martin Guptill failed a fitness test ahead of the T20I series.© AFP

Martin Guptill was on Monday ruled out of the New Zealand side for the Twenty20 series against India after failing to recover from a back injury. Coach Gary Stead said Guptill failed a fitness test but he remained hopeful the big-hitting opener would recover in time for the one-day international series against Bangladesh starting next week. "Unfortunately Martin hasn't recovered in time for this Twenty20 series which is very condensed with three games over five days," Stead said.

"It's a shame as he's obviously a big part of our white-ball sides, but we've got to look at the big picture and ensure he gets the injury right."

Guptill was injured before Sunday's fifth ODI against India in Wellington which the tourists won by 35 runs to wrap up the series 4-1.

He has been replaced by Jimmy Neesham for the three-game Twenty20 series, which starts in Wellington on Wednesday.

Martin Guptill New Zealand vs India Cricket
Get the latest Cricket news, check out the India cricket schedule, Cricket live score . Like us on Facebook or follow us on Twitter for more sports updates. You can also download the NDTV Cricket app for Android or iOS.