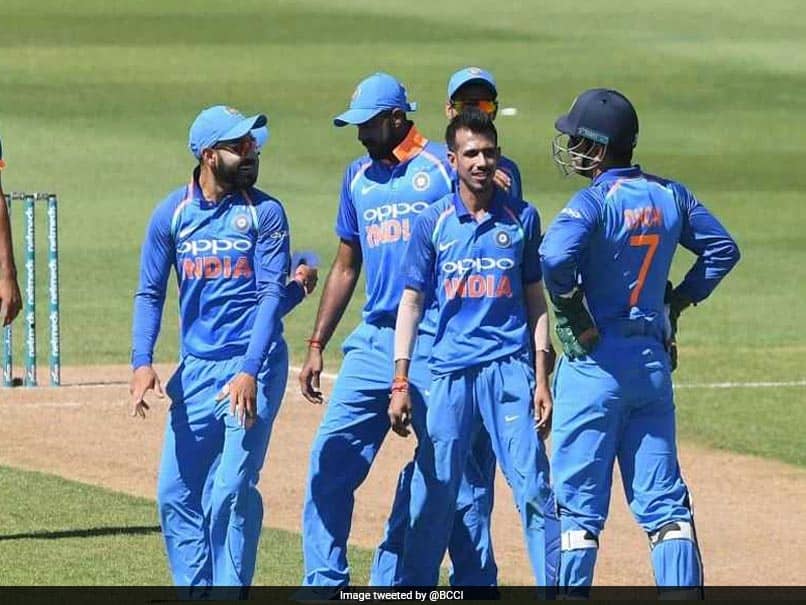 Following an impressive show by openers Rohit Sharma and Shikhar Dhawan, India bowlers displayed tremendous grit to bundle out New Zealand for 234 in 40.2 overs, 90 runs short of the target, in the second One Day International at Bay Oval to take a 2-0 lead in the five-match series. Spinner Kuldeep Yadav, who had claimed four wickets in India's win in the first ODI in Napier, again took four wickets to lead the visitors' bowling attack in Mount Maunganui. Fast bowler Bhuvneshwar Kumar and spinner Yuzvendra Chahal picked up two wickets each, while Mohammed Shami and Kedar Jadhav chipped in with a wicket each. Tail-ender Doug Bracewell scored 57 runs and was the only fifty-plus scorer in the New Zealand batting line-up. Earlier, India rode on fifties by Rohit and Dhawan to score 324 for four in their allotted 50 overs. Rohit Sharma top-scored for India with 87 runs and stitched a 154-run stand with opener Shikhar Dhawan, who contributed with a 66-run knock. MS Dhoni (48*) and Kedar Jadhav (22*) were at the crease as India posted a strong total after opting to bat at Bay Oval. Captain Virat Kohli missed out on his 49th ODI half-century on a third consecutive occasion and lost his wicket for 43 runs. India's number four batsman Ambati Rayudu fell three runs short of his 10th ODI fifty as he was dismissed for 47 runs. For New Zealand, Trent Boult and Lockie Ferguson claimed two wickets each. Earlier, India clinched the first ODI in Napier convincingly, thanks to a Dhawan masterclass. (SCORECARD)

New Zealand new-ball bowler Trent Boult spoke before the match of a need to put pressure on India from the start but his opening delivery, after India won the toss and chose to bat, was a juicy half volley which Sharma edged through the vacant first slip for four. He finished with nine fours and three sixes and brought up his 38th ODI half-century lofting Lochie Ferguson over the boundary.

Dhawan completed his 27th fifty with a two off Colin de Grandhomme and celebrated with boundaries off the next two deliveries. But he was gone soon after when he edged a wide Boult delivery to wicketkeeper Tom Latham.

Sharma's was also a soft dismissal when he jabbed a loose Ferguson delivery to de Grandhomme at square leg.

Following the dismissals of Kohli and Rayudu India were in danger of not reaching 300 until Dhoni opened up in partnership with Kedar Jadhav.

The pair put on 35 runs in the last two overs.