After Australia and Sri Lanka, India became only the third team to clinch a bilateral series in New Zealand by a 4-1 margin. 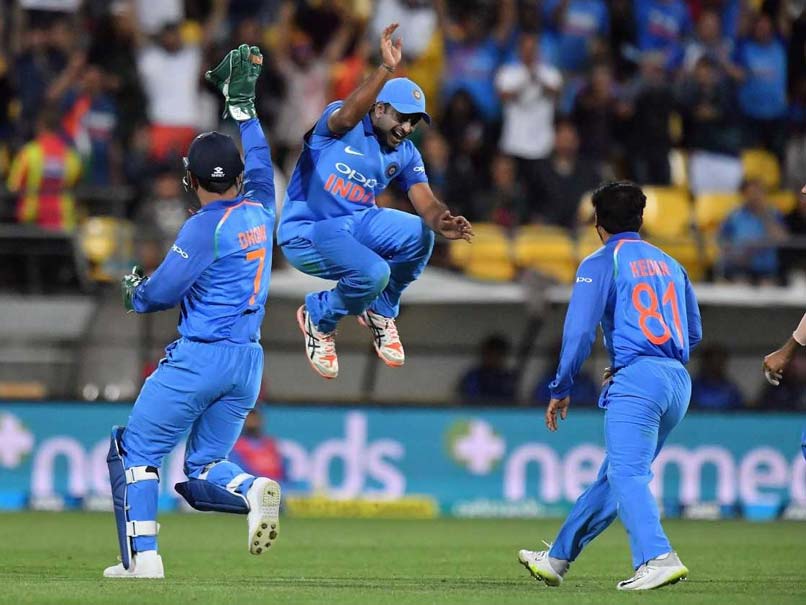 India beat New Zealand by 35 runs in the fifth ODI in Wellington.© AFP

Team India has achieved a unique feat in New Zealand. India became the only third team to win a bilateral series in New Zealand by a 4-1 margin. Before India, only Australia and Sri Lanka have managed to clinch a bilateral series by such a margin. Australia defeat New Zealand 4-1 back in 1999/2000 and Sri Lanka defeated New Zealand 4-1 in 2000/2001. On Sunday, thanks to a stellar batting performance by Ambati Rayudu, India won the fifth and final One-day International vs New Zealand in Wellington.  After losing four quick wickets for just 18 runs, Rayudu (90), Shankar (45) and Kedar Jadhav (34) stabilised the Indian innings and then Pandya made a quickfire 45 in 22 balls towards the end to post a decent score of 252 before the Indian bowlers came into the picture and dismissed New Zealand for 217.

Chasing 253, New Zealand openers Colin Munro (24) and Henry Nicholls (8) started the proceedings on a positive note but pacer Mohammad Shami dismissed Nicholls in the fourth over when the scoreboard was reading 18 runs. Unperturbed by the fall of Nicholls' wicket, Munro and skipper Kane Williamson (39) played sensibly and punished the bad balls. But while trying to increase the scoring rate, Munro was clean bowled by Shami in the 10th over.
Veteran batsman Ross Taylor (1) was also dismissed cheaply in the next over by Pandya. He was adjudged leg before wicket.

New batsman Tom Latham (37) then joined his skipper in the middle and forged a crucial 67-run partnership and helped New Zealand to cross the 100-run mark. But soon, Williamson was sent packing by Kedar Jadhav in the 26th over when the scoreboard was reading 105.
Latham, who seemed good in the middle, was the next batsman to depart. He was adjudged leg before wicket off leggie Yuzvendra Chahal after three overs. Chahal then picked up Colin de Grandhomme (11) after two overs to make the scoreboard read 135/6.

With the lower-order despatched early, James Neesham (44) had to play till the end to give New Zealand some chance in the match but a sloppy run-out saw Neesham heading back to the pavilion.

MS Dhoni New Zealand vs India Cricket
Get the latest updates on IPL 2021, check out the IPL 2021 Schedule and Indian Premier League Live Score . Like us on Facebook or follow us on Twitter for more sports updates. You can also download the NDTV Cricket app for Android or iOS.