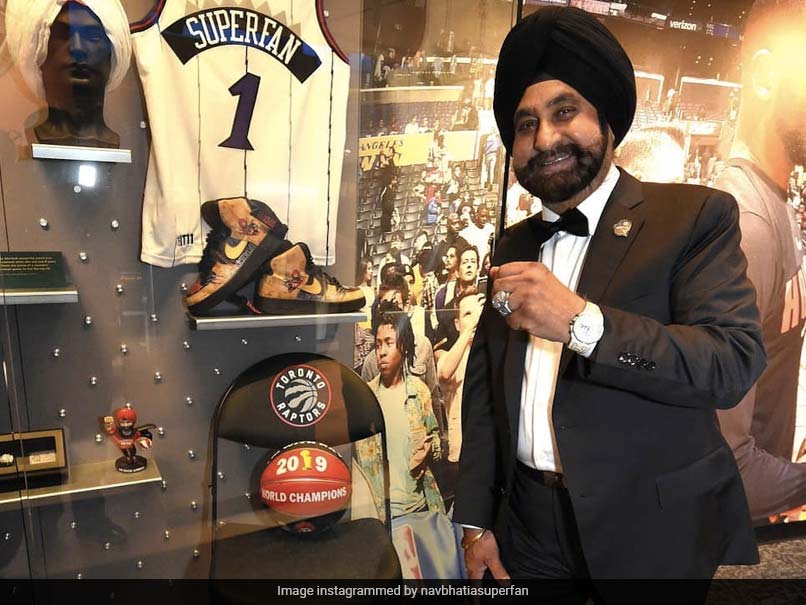 Basketball "superfan" Nav Bhatia became the first fan to be honoured within Naismith Basketball Hall Of Fame. Toronto Raptors, the NBA team Bhatia supports, tweeted to congratulate their fan. "A true icon. Congratulations on being inducted to the @Hoophall, @superfan_nav", tweeted Toronto Raptors. Bhatia posted several pictures on his Instagram account to celebrate the honour. "In the greatest building basketball has, the name Superfan Nav Bhatia will be immortalized. There is now a turban and the first fan honoured within Naismith Basketball Hall Of Fame," wrote Bhatia on Instagram.

Congratulations on being inducted to the @Hoophall, @superfan_nav. #WeTheNorth pic.twitter.com/Fw8TAFL8NN

In another post where his turban, jersey and other memorabilia are showcased, Bhatia is seen overlooking the showcase.

"A fan doesn't dream of what I have been blessed with. From a ring to the parade and now this. I cannot describe the feeling of seeing my jersey and turban in the greatest building for basketball of all time," wrote Bhatia in the Instagram post.

According to his website, Nav Bhatia has not missed a single Raptors game since 1995. On the website he has stated his goal to "unite people of all ages and backgrounds through the game of basketball so they don't have to face the discrimination Nav faced over the years as a visible minority."

To this end Bhatia has also started the Nav Bhatia Superfan Foundation, as mentioned on his website, a non-profit organisation dedicated to raising money to build basketball courts and camps for kids in Canada and across the world.

Accolades poured in for Bhatia on social media with Bayern Munich (US, Canada) among those to wish the "superfan".

Los Angeles Lakers icon Kobe Bryant was inducted posthumously into the Naismith Memorial Basketball Hall of Fame on May 15, part of a star-studded group that also included Tim Duncan and Kevin Garnett.

Comments
Topics mentioned in this article
Basketball NBA
Get the latest updates on SA vs IND 2021-22, check out the Schedule and Live Score . Like us on Facebook or follow us on Twitter for more sports updates. You can also download the NDTV Cricket app for Android or iOS.