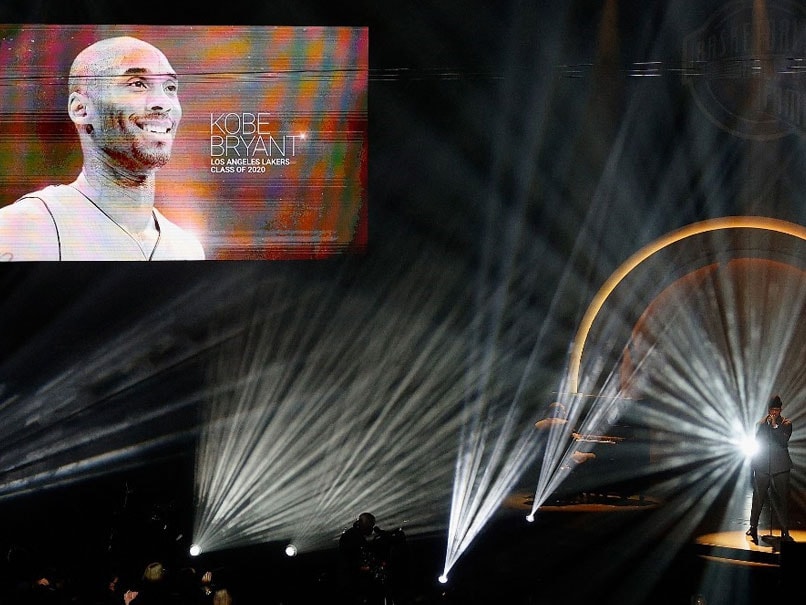 Los Angeles Lakers icon Kobe Bryant was inducted posthumously into the Naismith Memorial Basketball Hall of Fame on Saturday part of a star-studded group that also included Tim Duncan and Kevin Garnett. Bryant was inducted as part of the Class of 2020, almost 16 months after he and his 13-year-old daughter Gianna were killed in a helicopter crash along with seven others in southern California. Bryant's wife, Vanessa Bryant, took the podium Saturday to speak movingly about his love for basketball, his family, his teammates and his fans.

"You did it. You are in the Hall of Fame now. You are a true champion, not just an MVP. You are an all-time great," Vanessa said.

The delayed enshrinement stretched over two days at the Mohegan Sun Resort and Casino in Uncasville, Connecticut, with Vanessa Bryant and Kobe's oldest daughter, Natalia, accepting  Bryant's Hall of Fame jacket and ring on Friday night.

Bryant and the others were voted into the Hall of Fame as part of the 2020 class, but the formal induction ceremony was delayed because of the Covid-19 pandemic.

"There will never be anyone like Kobe," Vanessa said. "Kobe was one of a kind. He was special. He was humble - off the court - but bigger than life."

Vanessa was helped to the stage by NBA legend Michael Jordan, who acted as a presenter for Kobe and three-time NCAA champion coach Kim Mulkey.

"He and Gigi deserved to be here to witness this. Gigi would have been so proud of her dad getting into the Hall of Fame," Vanessa said.

Like Kobe, Garnett went straight out of high school to the NBA. Garnett talked of his respect and admiration for both Duncan and Kobe.

"I appreciate you," Garnett said to Duncan from the stage. "It's an honor to go into the hall with you, bro. You and Kob."

"My only regret with Minnesota is that I didn't get to bring a championship," Garnett said. "But like I said, I look forward to rebuilding Minneapolis."

Duncan had an immediate impact in the NBA, winning the rookie of the year award. His first NBA title came just one year after that.

Catchings overcame a number of obstacles leading up to her stellar basketball career.

"Basketball chose me, an awkward, lanky, introverted tomboy, born with a hearing disability, a speech impediment, and a will to overcome obstacles, dream big and to change the world," Catchings said.

Comments
Topics mentioned in this article
Basketball
Get the latest updates on IND vs NZ 2021, check out the Schedule and Live Score . Like us on Facebook or follow us on Twitter for more sports updates. You can also download the NDTV Cricket app for Android or iOS.