"He Was My Friend, My Mentor": Teary-Eyed Novak Djokovic Pays Tribute To Kobe Bryant

Novak Djokovic teared up as he spoke about late NBA legend Kobe Bryant who died in a helicopter crash on Sunday. 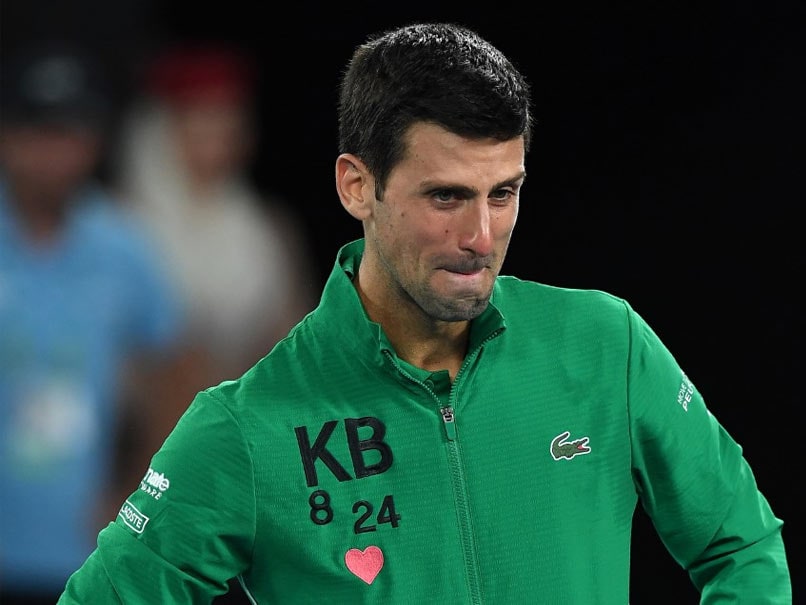 Serbian tennis great Novak Djokovic teared up on Tuesday as he paid tribute to late basketball star Kobe Bryant, describing him as a "mentor" and a "friend" for the past 10 years. Djokovic, speaking after his Australian Open quarter-final win against Milos Raonic, said it was "heartbreaking" to hear about Bryant, who died in a helicopter crash along with his daughter and seven others. "He was one of the greatest athletes of all time, he inspired myself and many other people around the world," Djokovic said in an on-court interview at Rod Laver Arena, wearing a tracksuit with the initials KB.

"I had the fortune to have a personal relationship with him over the past 10 years. When I needed some advice and some support he was there for me.

"He was my mentor, my friend and it's just heartbreaking to see and to hear what has happened to him and his daughter," Djokovic said, before breaking off to compose himself.

Djokovic and many other legends of tennis, including Billie Jean King and Martina Navratilova, have voiced their grief over the death of the former LA Lakers shooting guard, regarded as one of the greatest basketball players in history.

On Monday, Australia's Nick Kyrgios arrived for his quarter-final wearing a Lakers shirt, and American doubles pair Coco Gauff and Caty McNally had tributes to Bryant scrawled on their trainers.