Rishank Devadiga created the record for most points scored by a raider ever in a Pro Kabaddi League match. 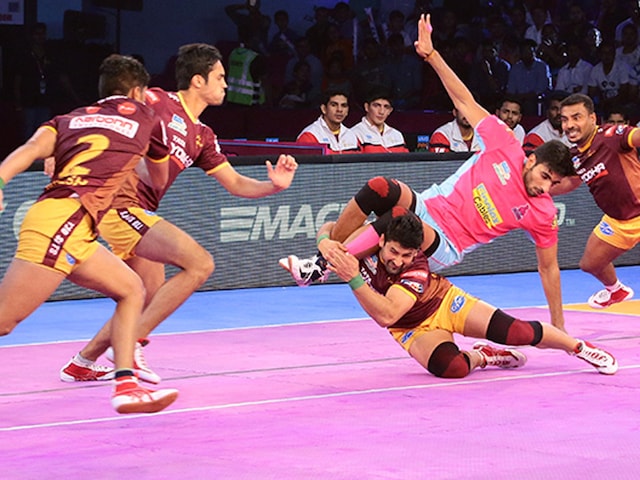 It was Jaipur Pink Panthers' Navneet Gautam's last match in Pro Kabaddi League and it ended on a sour note.

Gautam, who captained his team on the night, couldn't get on the score sheet. Tushar Patil scored eight points for Jaipur Pink Panthers.

Jaipur Pink Panthers remained fifth in Zone B with 51 points from 21 matches. UP Yoddha have all but qualified for super playoff and are third in Zone A with 59 points from 20 matches.