U Mumba rode on an all-round show by their raiders and defenders to maintain their winning streak. 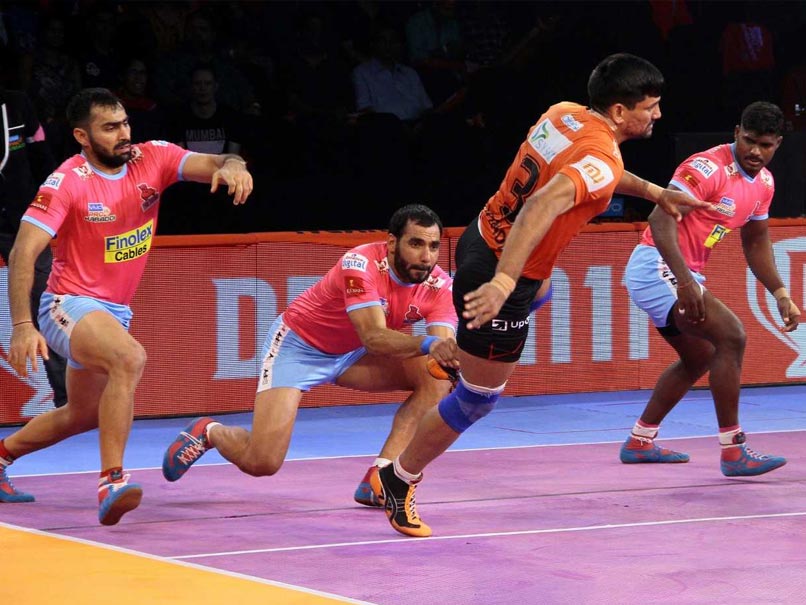 U Mumba got off to a perfect start to their home leg in the ongoing sixth season of the Pro Kabaddi League (PKL) by brushing aside Jaipur Pink Panthers 48-24 in a completely one-sided affair at the NSCI Indoor stadium in Mumbai on Friday. The hosts rode on an all-round show by their raiders and defenders to maintain their winning streak, even as the visitors failed to put up a fight and suffered their sixth defeat of the ongoing season. While raiders Abhishek SIngh, Darshan Kadian and Vinod Kumar collected 12, 10 and seven points respectively, the defenders also rose to the occasion as skipper Fazel Atrachali and Rohit Rana picked five and three tackle points.

Deepak Hooda was the top contributor for Jaipur with six raid points.

Ace raider and Jaipur's skipper Anup Kumar started with a bonus raid point as the visitors opened their account before Abhishek's successful tackle tied the match 1-1 in the opening two minutes.

Some great tackles by Fazel and Abhishek's continuous raid points saw Mumbai taking a 4-2 lead before the hosts inflicted an All Out to extend their lead to 10-3.

The Jaipur raiders and defenders kept on faltering, which the Mumbai side took full advantage of with their raiders picking points on every occasion. The hosts inflicted another All-Out to make the score read 19-4, even as they proceeded to the breather with a massive 26-8 lead.

The home side continued to dominate their opponents in the second half too as the Fazel-led side stretched their lead to 31-10.

Jaipur managed to pick up some points in the last 10 minutes but it was too late for them as Mumbai, by that time took an unassailable 40-19 lead.

The Anup-led side was able to bag just five points in the final moments of the game as their defenders failed to stop Mumbai's consecutive attack, resulting in an easy 48-24 win for the home side.