A complaint has been filed against actress Sunny Leone who sang the national anthem before a Pro Kabaddi League in Mumbai. 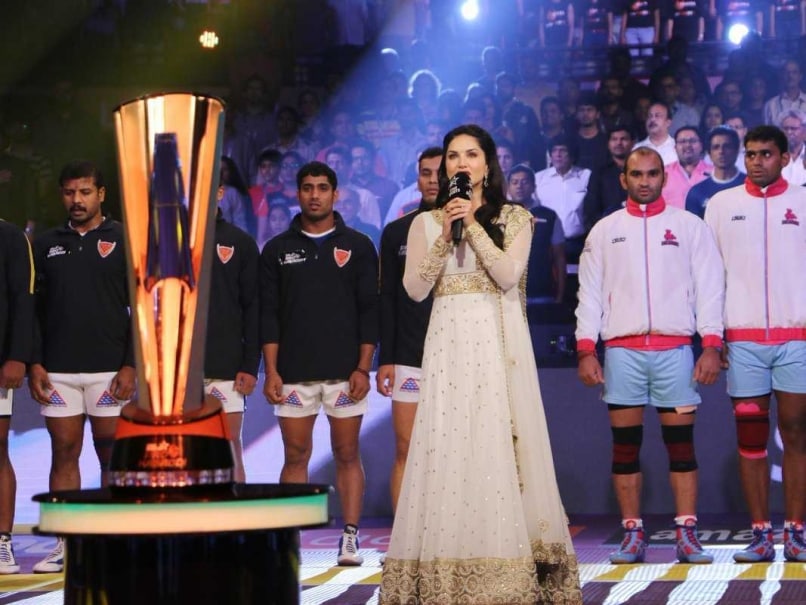 Sunny Leone singing the Indian national anthem during the Pro Kabaddi League in Mumbai on Friday night has landed the actress in trouble.

According to media reports, a complaint has been filed in a police station in New Delhi for not singing the national anthem correctly.

The Bollywood actress said that she was nervous before the performance.

"It's a proud moment for me. I had never ever desired or thought that I would get to sing the national anthem. I feel blessed and honored. I was very nervous," Sunny said after singing the anthem before one of the PKL matches in Mumbai.

A moment in time I will never forget @ProKabaddi and with my one and only @DanielWeber99 pic.twitter.com/JbuW3UC2PI

"I am thankful to my team and husband for helping with this (getting national anthem right). I did rehearse for quite some time," she added.