Vikas Jaglan was the hero for Patna as he got one tackle and two raid points to save his side from certain defeat. 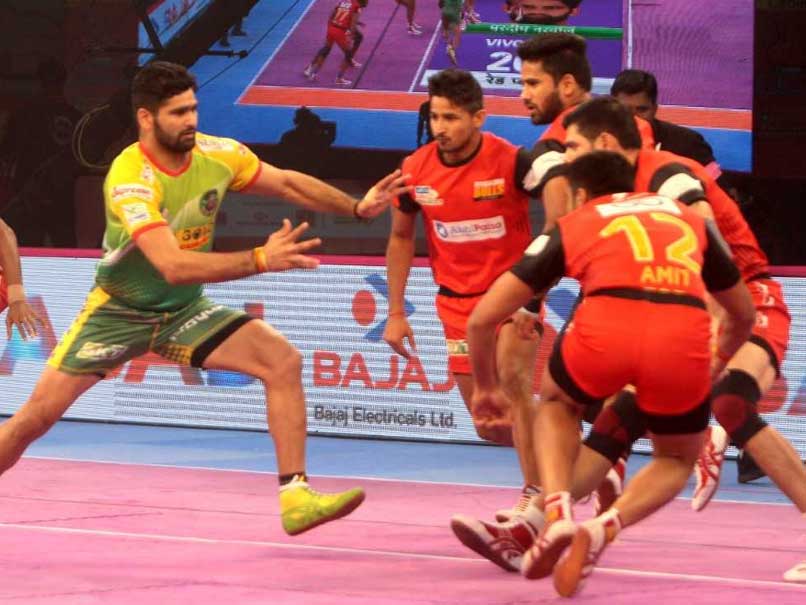 Patna Pirates pulled off a miraculous 40-40 tie against Bengaluru Bulls in a thrilling Pro Kabaddi League match in Panchkula on Wednesday. Vikas Jaglan was the hero for Patna as he got one tackle and two raid points to save Patna from certain defeat. Pardeep Narwal was the top scorer for Patna Pirates with 17 points. For Bengaluru Bulls, Rohit Kumar scored 16 points while Mahender got a high five in defence. Patna Pirates are still in contention for a place in the play-offs while Bengaluru Bulls have already qualified.

Both teams got a couple of raid pointsin the first two minutes to be level at 2-2. Pardeep Narwal and Pawan Sehrawat picked up a few more raid points for their teams with Patna leading 5-4 after five minutes.

It did look like Patna Pirates would steal a lead as Pardeep Narwal made a two-point raid in the 6th minute to lead 8-5.

A super tackle in the 7th minute turned the tide completely in Bengaluru Bulls' favour. Rohit Kumar mad a successful raid in the 16th minute as Bengaluru Bulls inflicted an all out to lead 17-11.

Patna Pirates failed to score a single point for nine minutes and paid a price for it as they went into the break trailing 11-20.

Patna Pirates defence had a disappointing first half as they could score just three tackle points in 20 minutes.

The Pirates began the second half strongly as they inflicted an all out in the 24th minute to level the match at 21-21.

It was a solid run as the Pirates scored 10 points in four minutes to wipe out Bengaluru's lead.

Pardeep Narwal made a brilliant raid in the 26th minute to come up with a super raid and give Patna Pirates a 26-22 lead.

Rohit Kumar tried to wake Bengaluru from their slumber as he made a two-point raid in the 29th minute to trail 25-27.

Bengaluru picked up two bonus points as they trailed by just one point with less than 10 minutes to go.

It was Rohit Kumar yet again who got a super raid as Bengaluru Bulls led 32-30 in the 33rd minute as they averted an all out once again. Patna Pirates inflicted an all out in the 35th minute to lead 35-34.

With less than three minutes to go Bengaluru Bulls led 37-36 but it was still anyone's game. Bengaluru Bulls sent Pardeep Narwal to the bench in the 39th minute as Bengaluru looked to close out the match.

There was last-minute drama as Vikas Jaglan got a touch, bonus and raid point to secure a tie for Patna Pirates.