This was Tamil Thalaivas first win over Telugu Titans in the Pro Kabaddi League. 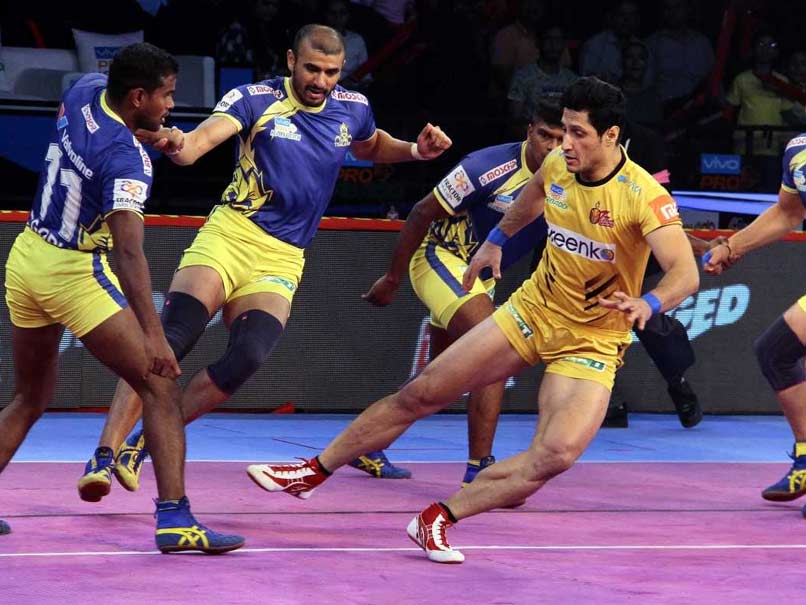 In the other match on Tuesday, Dabang Delhi registered a sensational 29-27 victory over Gujarat Fortunegiants. A last-minute tackle settled what was a really close affair between two evenly-matched teams. Gujarat Fortunegiant's unbeaten run came to an end with this close defeat. It was a team performance by Dabang Delhi as their star players contributed equally.

In the first match, Sukesh Hegde made a two-point raid in the first minute to give Tamil Thalaivas a 2-0 lead before Rahul squared it up for the Telugu Titans 2-2.

After five minutes both teams were tied at 4-4 but a super tackle by Tamil Thalaivas tilted the balance in their favour as they went on a four-point run to lead 8-4.

The Titans defence got into the act with two quick tackle points to reduce the lead to 6-8. Ajay Thakur's successful raid in the 15th minute led to an all out on Tamil Thalivas as the Titans led 13-6.

Thakur had a strong first half as he scored six raid points.

At the end of the first half, the Tamil Thalaivas led 18-10.

Coming back, both teams tightened up their defence with tackle points coming thick and fast. After 25 minutes, Tamil Thalaivas led 20-15.

A tackle point each in the 28th minute meant that Tamil Thalaivas held a five-point advantage.

The Titans made many attempts to mount a comeback but Tamil Thalaivas held strong. Rahul's successful raid in the 35th minute gave

A mistake by Abozar Mighani in the 37th minute gave Tamil Thalaivas a 26-21 lead. Rahul missed a do-or-die raid in the 39th minute and with that all