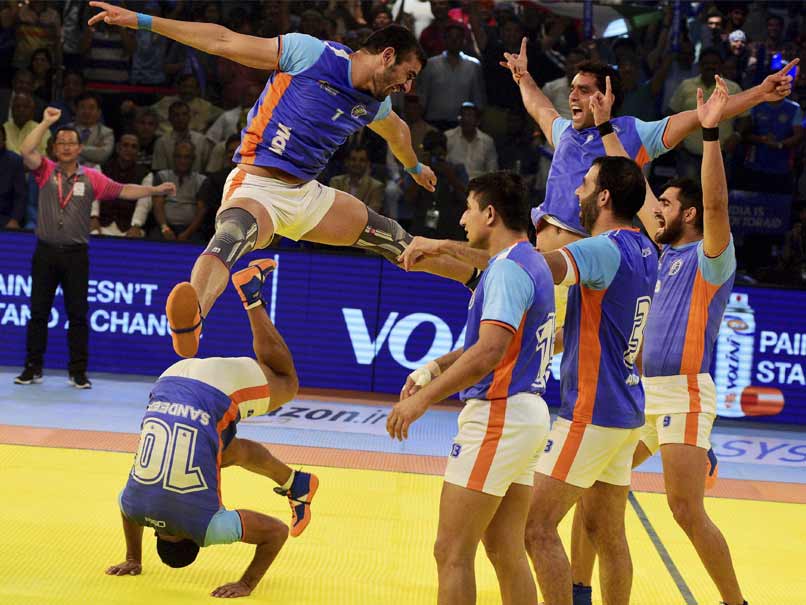 Praising India for winning the Kabaddi World Cup at the TransStadia Arena in Ahmedabad, megastar Amitabh Bachchan said it's "time for celebration and cheer" .

"The excitement of the hour, India wins world cup kabaddi 2016. Seen on television with the family by the side and surreptitiously moving in and out of the room to rid the ambiance of superstition," he posted on his official blog.

"We rule and it is not often that we do that, but when we do, it is time for celebration and cheer and Twitter and Facebook in praise of the efforts made, by team India, and cheering them on to win," he added.

The 74-year-old star remarked that there are some people on the micro-blogging website Twitter who thrive on criticising others.

"There are certain Twitter conscious twitterati that survive this platform simply by criticising or speaking controversially on the win, saying they invented darts and curling. They have been world champions for long but have never beaten their chests just like we do often, in the confines of various hotels," he posted.

Comments
Topics mentioned in this article
Kabaddi , 1900-01-01 ,
Get the latest updates on SA vs IND 2021-22, check out the Schedule and Live Score . Like us on Facebook or follow us on Twitter for more sports updates. You can also download the NDTV Cricket app for Android or iOS.