I felt disconnected with IPL: Oram

Back from the IPL after playing just two matches, New Zealand all-rounder Jacob Oram says he felt disconnected with the event as the "after-match parties, Bollywood stars and fashion parades" seemed far removed from reality. 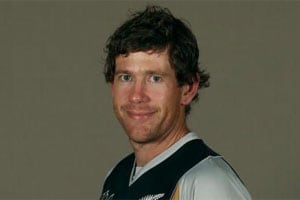 Back from the IPL after playing just two matches, New Zealand all-rounder Jacob Oram says he felt disconnected with the event as the "after-match parties, Bollywood stars and fashion parades" seemed far removed from reality.

"Being here for six weeks, not playing much, training hard but not actually getting on the field has been kind of weird. In a way I feel like I haven't really got involved in the tournament," Oram, who played for Rajasthan Royals as an injury replacement for Paul Collingwood, told the 'Dominion Post'.

"I haven't watched it on TV and I couldn't tell you the standings, partly because I know our side's out of it. I feel a bit disconnected from the tournament," he added.

Speaking about his experience in the league, the imposing 32-year-old said it was surreal at times.

"After nearly every game there's an after-party, there's Bollywood stars there and fashion parades; the drinks are free and the cheerleaders are around. It's a different world. Sometimes you wonder if you're here for cricket or not. Ultimately you are. It is good fun, but at the same time I don't think it's reality," Oram said.

"She (Hurley) was here for a week, halfway through the tournament. She's a very nice lady and has an organic farm herself, so with my wife's family being organic farmers there was a conversation starter there.

"She brought her kids across and Shane had his three kids there, and nannies and a bit of security so there was a massive entourage for a while," Oram said.

One of the pleasant experience of the IPL, according to Oram, was sharing the dressing room with Warne and veteran Indian batsman Rahul Dravid.

"He (Warne) is a nice guy, really easy to talk to. He's about to retire and that experience will last forever. I'm glad I had that opportunity. I played alongside Rahul Dravid; there's some pretty cool things I've experienced," he said.

Comments
Topics mentioned in this article
Indian Premier League 2011 Rajasthan Royals Jacob Oram Cricket
Get the latest updates on ICC T20 Worldcup 2022 and CWG 2022 check out the Schedule, Live Score and Medals Tally. Like us on Facebook or follow us on Twitter for more sports updates. You can also download the NDTV Cricket app for Android or iOS.