IPL 2021: India captain Virat Kohli arrived in Chennai to join the rest of the Royal Challengers Bangalore squad ahead of IPL 2021. 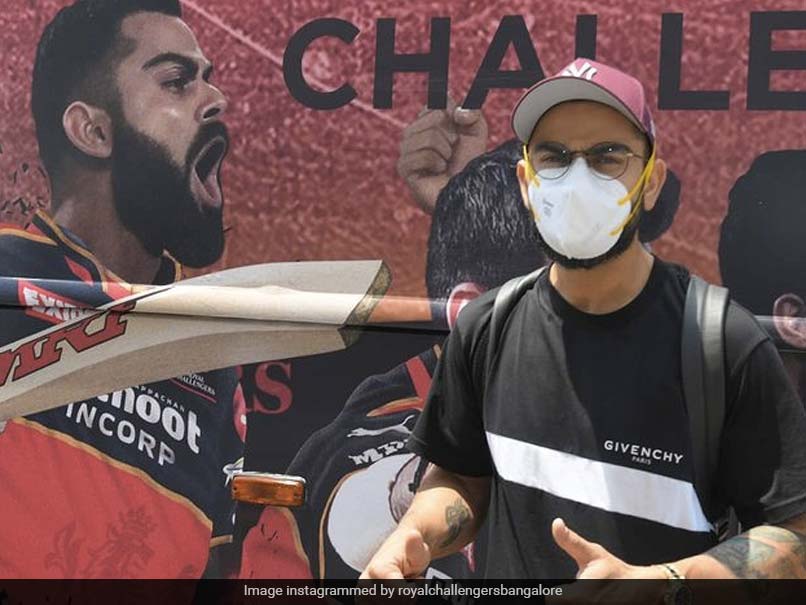 Virat Kohli arrived in Chennai to join the rest of the RCB squad ahead of IPL 2021.© Instagram

Virat Kohlion Thursday arrived in Chennai to join the rest of the Royal Challengers Bangalore squad ahead of their Indian Premier League (IPL) 2021 season opener against defending champions Mumbai Indians. Earlier in the day, former South Africa captain AB de Villiers also joined the team's bio-bubblein Chennai. RCB will face Mumbai Indians on April 9 to kick-start their campaign. RCB took to Twitter to share a picture of their skipper Virat Kohli and wrote "If you thought we were done breaking the internet for the day, think again! Captain Virat Kohli has arrived in Chennai."

If you thought we were done breaking the internet for the day, think again!

After watching Kohli joining the RCB squad, fans flooded Twitter with messages for the captain.

All the best king pic.twitter.com/x8ancwGfOj

Kohli had a fine T20I series with the bat against England in the recently-concluded tour.

The India skipper was the top-scorer in the five-match series, scoring 231 runs at an impressive strike-rate of over 147.

The Bangalore-based franchise will be hoping to see the same Virat Kohli in this year's IPL as they look to lift their maiden IPL trophy.

Kohli, who opened the innings for India in the last T20I with Rohit Sharma, had already mentioned that he will open for RCB in the upcoming edition of the IPL.

Kohli has featured in 192 IPL games so far in his career and he has scored 5,878 runs including five centuries and 39 half-centuries.

Kohli's best IPL season with the bat was in 2016 when he scored 973 runs and smashed four centuries.

RCB will be hoping for a similar performance from their captain in the coming season as they look to break the trophy jinx.