While rivals ATK Mohun Bagan have already entered into quarantine in Goa, East Bengal are yet to announce any foreign acquisition as well as the coach. 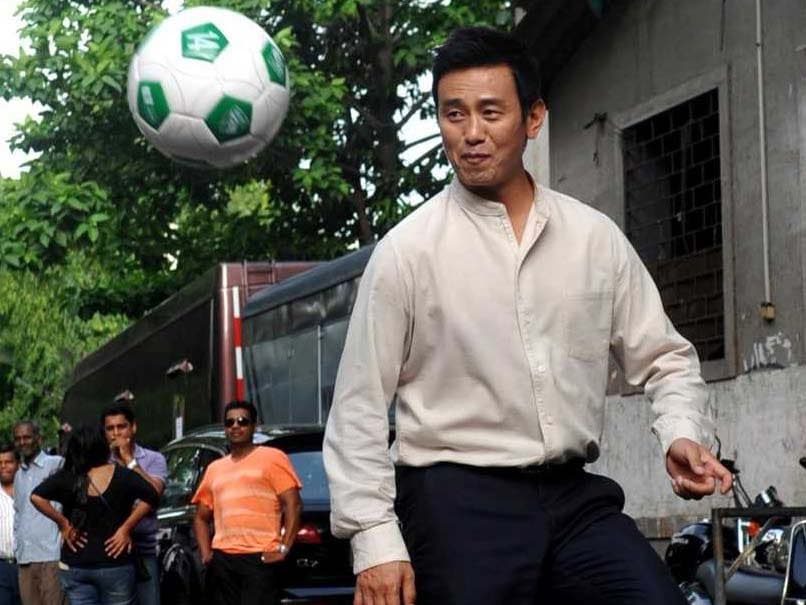 Bhaichung Bhutia said fans should not expect too much from East Bengal this season.© AFP

East Bengal have realised their dream to play in the top-tier Indian Super League but fans should not expect too much this season, the legendary Bhaichung Bhutiasaid on Sunday, keeping in mind the club's late entry. Less than a month after East Bengal roped in Shree Cement as its principal investor, organisers of the ISL, Football Sports Development Limited (FSDL, officially announced the club's entry into the lucrative league.

The next edition of the league is slated to start in November in three venues of Goa due to the COVID-19 pandemic. And considering that the long uncertainty has hampered team-building, Bhutia said they have to make long-term plans.

"From the fans point of view, everyone was looking at playing the ISL this year. That has been achieved," club legend and former India captain Bhutia told PTI in an exclusive interaction from his home town in Sikkim.

"Obviously there is going to be a challenge in terms of building the team. We should not really judge the team's performance this year," he said.

While rivals ATK Mohun Baganhave already entered into quarantine in Goa, East Bengalare yet to announce any foreign acquisition as well as the coach.

As of now, East Bengal have 35 players in their roster with centre-forward Balwant Singh being the only current Indian player. The rest are all youngsters or past their prime.

Bhutia said the club would face difficulties in making up a squad and should look to build a team for the long-term.

"All good Indian players have got long-term contracts. To build a team is going to take time because no player would be available in the market right now," he said, citing the example of Sandesh Jhingan.

ATK Mohun Bagan inked a five-year deal with the star India defender, who was looking for a team after leaving Kerala Blasters.

"Jhingan has just signed for five years. All top-quality players have long-term contracts with their respective clubs. I think East Bengal will have to build long-term. They will have to develop players," the 43-year-old said.

In the current scenario, Bhutia said his former club would have to depend on the foreign recruits. Jaime Santos is currently the club's only foreigner with a long-term contract.

The delay in appointment of the coach -- who will have the final say in roping in foreigners -- is the reason behind no overseas acquisition.

The ISL derby will be the one to look out for and despite the setbacks in team-building, East Bengal cannot be written off for the big match, Bhutia said.

"Derby is a different ball game. I think East Bengal should do well. The motivation and passion for a derby is at a different level, whatever may be the tournament. Emotions just soar up," Bhutia said, recollecting his 1997 Federation Cup hat-trick.

"On paper, Mohun Bagan were way ahead. They were a very, very strong team but we defeated them," the chief architect of the famous 4-1 win, recalled.

"Derby is totally a game of nerves. If the best players can't keep their nerves, they can't perform. It's got a lot to do with the nerves and depends on who can take the pressure well on that given day. Anything can happen."

Having started off with East Bengal in 1992, Bhutia went on to win every single trophy with the club, including the National Football League and the ASEAN Cup in 2003.

Hailing the inclusion of the Big Two in ISL, Bhutia said it will add a lot of star value to the league.

"It's good to see both East Bengal and Mohun Bagan in the ISL. It's going to bring a lot of value, passion."

"The competition and the quality of the league is going to be much higher now."

Another East Bengal legend, Subhas Bhowmick, who coached them to the famous ASEAN Cup win, said it was just a matter of time.

"I had already said it a month ago. It was a matter of time. ISL had to wait for us. I'm very, very happy. East Bengal club has always been like a religion to me," Bowmick said.

Comments
Topics mentioned in this article
Indian Super League Football
Get the latest updates on ICC T20 Worldcup 2022 and CWG 2022 check out the Schedule, Live Score and Medals Tally. Like us on Facebook or follow us on Twitter for more sports updates. You can also download the NDTV Cricket app for Android or iOS.