ISL Matches To Take Place Across 3 Venues In Goa: Organisers

The Jawaharlal Nehru Stadium at Fatorda, Margao, the Tilak Nagar Stadium at Vasco da Gama and the GMC Athletic Stadium at Bambolim are the venues slated to host the ISL matches. 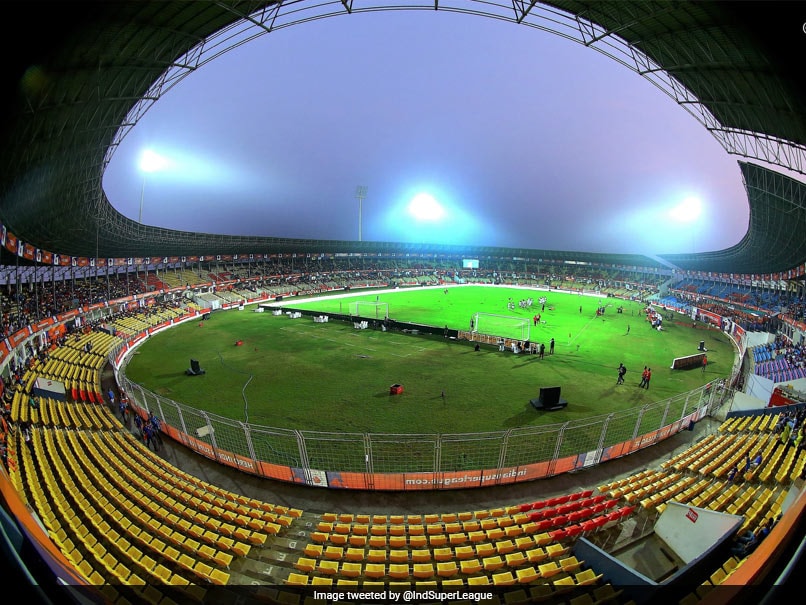 The Jawaharlal Nehru Stadium at Fatorda, Margao is among 3 venues slated to host the 2020-21 ISL matches.© ISL/Twitter

All matches of the seventh edition of Indian Super League will be held in three venues in Goa, likely in November, amid strict health and safety measures to deal with the COVID-19 threat, the organisers said on Sunday. In order to minimise travelling by players and officials amid the pandemic, the ISLorganisers had wanted to host the league this time in just one state. Kerala was also in the reckoning to host the ISL but the organisers finally zeroed in on Goa.

"Keeping in mind the safety and well-being of players, participants, staff members and fans amidst the ongoing COVID-19 pandemic, Football Sports Development Limited (FSDL) has decided to host the upcoming Hero ISL season across three stadiums in the state of Goa," the ISL said in a release.

"The passionate football state of Goa is set to host all the matches in Hero Indian Super League (Hero ISL) 2020-21," it added.

The Jawaharlal Nehru Stadium at Fatorda, Margao, the Tilak Nagar Stadium at Vasco da Gama and the GMC Athletic Stadium at Bambolim are the venues slated to host the matches with strict training and social distancing protocols.

"I am delighted to bring the ISL Season 7 to the state of Goa, from where we had left the action last season. Congratulations to the beautiful state of Goa and their passionate fans of football as they once again become the epicenter of the beautiful game in India," said FSDL founder and chairperson Nita Ambani.

The announcement of the ISL came just days after the All India Football Federation decided to host all the matches of I-League in Kolkata only in view of the health and safety concerns due to the pandemic.

The Tilak Nagar Stadium has played host to I-Leaguematches as well as Goa Professional League games. It is the home ground of Indian Arrows - the AIFF's developmental side.

The GMC Athletic Stadium is the first integrated athletics complex in Goa. It played host to the Lusofonia Games in 2014.

The ISL is now the top tier league in the country while the I-League is the second rung domestic competition.

The league phase winners of the ISL qualify for the AFC Champions League, the continent's top level club competition while I-League winners get an automatic spot in the second tier AFC Cup.