The board of ATK Mohun Bagan on Friday decided to retain the iconic green and maroon jersey which has been synonymous with the 131-year-old legacy of the football club. 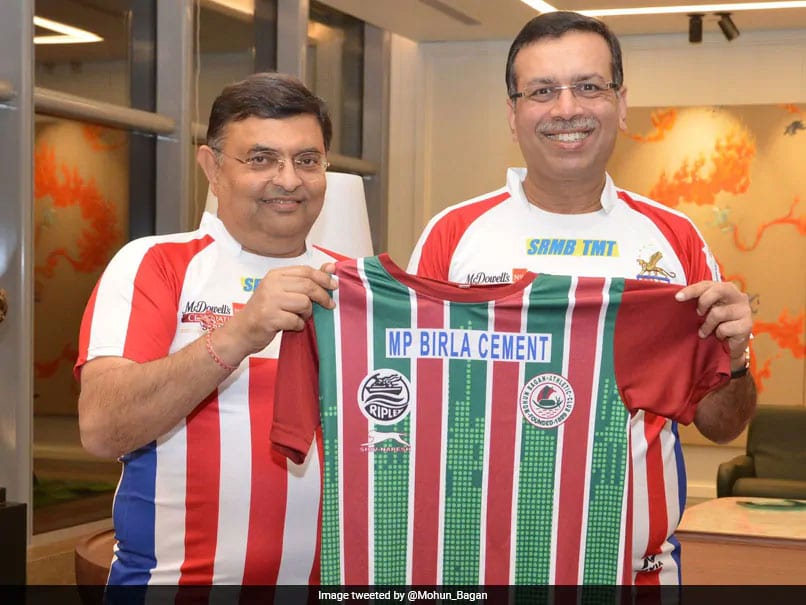 The board of ATK Mohun Baganon Friday decided to retain the iconic green and maroon jersey which has been synonymous with the 131-year-old legacy of the football club. The name of the club will be changed to ATK Mohun Bagan while the logo will have the iconic Mohun Baganboat with addition of 'ATK' to it. "The culture and tradition which has made the brand a household name has been preserved. The logo retains its essence. "The addition of ATK within the logo ensures that the fast growing and passionate following built on a short but highly successful period is also being carried forward," the merged entity said in a statement.

The club also announced its plans to build a world class football academy in Bengal and to refurbish the existing Mohun Bagan facility so that ISL and AFC home games are held there.

"Mohun Bagan have been close to my heart since childhood. I have had the honour to watch the Green and Maroon play some of their best football," principal owner Sanjiv Goenka, who acquired a majority stake of 80 per cent in Mohun bagan, said.

"We respect legacy and have retained the same jersey which generations down the line have embraced, adored and loved.

"My dream is to establish ATK Mohun Bagan as a world class team which earns its place in the international circuit."

Steps are being taken to ensure that ATK Mohun Bagan gets access to the best infrastructure and training to compete in the international arena, it added.

Indian Cricket Board president Sourav Ganguly, who is a co-owner of ATK and a director of the board, also attended the virtual meeting lasting less than 30 minutes.

"I salute the coming together of ATK and Mohun Bagan. Together the brand name ATK Mohun Bagan will create history," the former India captain said.

ATK, who had announced the merger in January this year, won a record third ISL title this season beating Chennaiyin FC 3-1 in the final in March.

Mohun Bagan on the other hand won the I-League with four rounds to spare before the tournament was called off due to the COVID-19 pandemic.

Like Dempo, Mohun Bagan have been India champions five times since the National League began in 1996-97.

Atletico de Kolkata Mohun Bagan Football
Get the latest updates on ICC T20 Worldcup 2022, check out the Schedule and Live Score. Like us on Facebook or follow us on Twitter for more sports updates. You can also download the NDTV Cricket app for Android or iOS.