Rejection Motivated Me To Work Hard For My Dream: Sandesh Jhingan

Sandesh Jhingan had got rejected by many 2nd and even 3rd division clubs in Kolkata, and that had put the sturdy central defender quite in jeopardy over his footballing future. 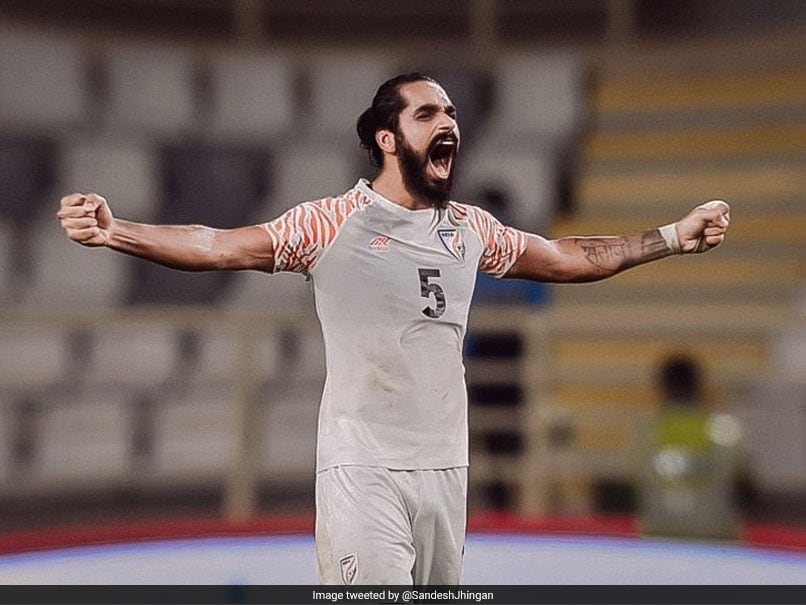 Sandesh Jhingan has made 36 appearances for India so far.© Twitter

Indian football team defender Sandesh Jhingan recalls the initial phase of his footballing career when he faced rejection by the third division club but the player did not lose hope and worked hard for his dream to play for the country. Jhingan had got rejected by many 2nd and even 3rd division clubs in Kolkata, and that had put the sturdy central defender quite in jeopardy over his footballing future. "It was during the starting phase of my career. Back then I was looking for clubs and I appeared for quite a few trials at a number of clubs in Kolkata -- even in the second and third divisions. But I was rejected by all," Jhingan revealed in a chat with AIFF TV.

"That is when I realised that I had to work harder in order to realise my dream," he added.

He was then "picked-up by United Sikkim Football Club" where he met former Indian team captains Renedy Singh and Bhaichung Bhutia.

"That really was a dream come true for me. A couple of months back, I had been rejected by so many clubs in Kolkata, and now I was joking with Renedy bhai and Bhaichung bhai," he stated."We used to train under coach Stanley Rozario when we saw Renedy (Singh) bhai taking some freekicks. I just felt like going on my knees and kissing his feet. When I shook hands with Bhaichung bhai, I didn't feel like washing my hands afterwards," recalled Jhingan.

The 26-year-old, has made 36 appearances for India so far, said he enjoys the responsibility of leading the team despite the pressure.

"There's immense pressure when you're captaining a nation of 1.3 billion people. The eyes are on you, and the stakes are high. But these are situations that I tend to enjoy a lot. There is, after all, an immense honour in wearing the captain's armband," said Jhingan.

"Not everybody gets the opportunity to lead a country of 1.3 billion. Perhaps when I look back, I could tell my kids about such experiences. But the leadership role does not just end with the guy wearing the armband, it's about all the players. You may be the captain, but you still have to do your job on the pitch," he continued.

India Football
Get the latest updates on ICC Women's Cricket World Cup 2022 and IPL 2022, check out the Schedule , Live Score and IPL Points Table. Like us on Facebook or follow us on Twitter for more sports updates. You can also download the NDTV Cricket app for Android or iOS.