"We Both Didn't Have Beard": Deepak Chahar Shares Throwback Photo With Rohit Sharma

India vs New Zealand: Deepak Chahar shared a throwback photograph with Rohit Sharma on Wednesday, where the duo could be seen without their usual beards. 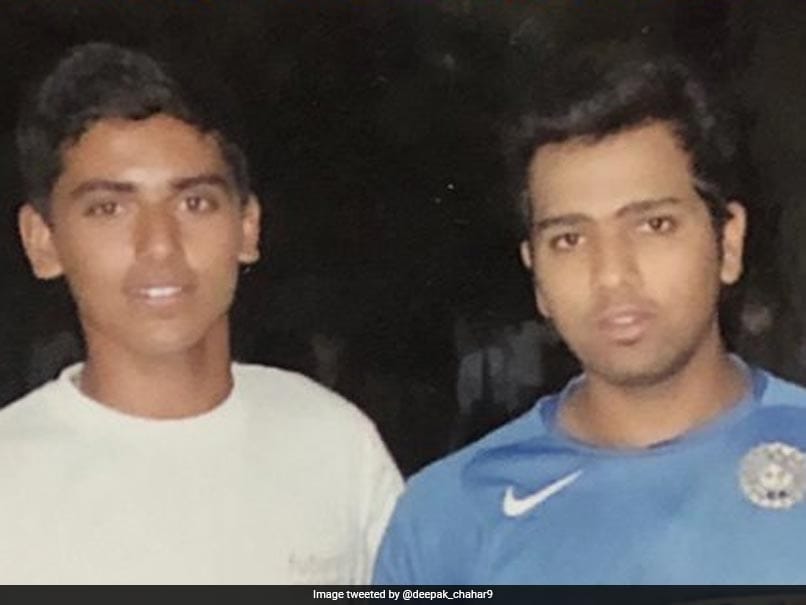 Currently with Team India for the ongoing three-match T20I series, Deepak Chahar took a walk down memory lane on Thursday and shared a nostalgic throwback photograph with Rohit Sharma. In the post, the photograph was divided into two portions The upper portion was a photo of the duo during the first T20I on Wednesday and the second photo was of the duo which was also 15-years-old. In the older picture, a young Chahar can be seen posing with Rohit and the pair can't be seen sporting any beard. Taking a dig at their youth in the older picture, Chahar captioned it as, "Picture at the same ground after almost 15 years . Me and Rohit Bhiaya we both didn't have  beard that time @rohitsharma45 #moment #bleedblue".

Picture at the same ground after almost 15 years . Me and Rohit Bhiaya we both didn't have beard that time @rohitsharma45 #moment #bleedblue pic.twitter.com/KAuFFQPecI

The post was well-received by fans, with most giving hilarious reactions.

India won the second T20I on Friday by seven wickets. The win helped the Men in Blue take a 2-0 lead and also claim victory in the series.

Blackcaps captain Tim Southee was in decent form for his side and took three wickets in four overs. The pacer conceded only 16 runs.

Harshal Patel, who was making his India debut, justified his selection and took two wickets in four overs, conceding 25 runs.

The hosts won the first T20I by five wickets on Wednesday in Jaipur. Both sides will face each other in the third T20I on Sunday, in Kolkata.

Rohit Sharma India vs New Zealand, 1st T20I
Get the latest updates on IPL Auction 2023 and check out  IPL 2023 and Live Cricket Score. Like us on Facebook or follow us on Twitter for more sports updates. You can also download the NDTV Cricket app for Android or iOS.