India vs New Zealand: Ahead of the opening T20I vs New Zealand, Team India had its first practice session under the watchful eyes of newly-appointed head coach Rahul Dravid. 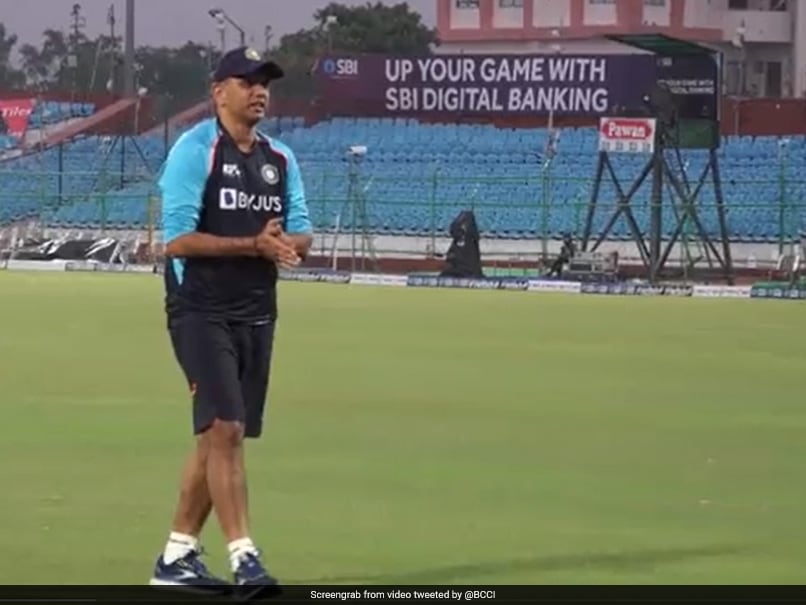 The Indian team is all set to take on New Zealand in the home series starting on Wednesday. The two teams will first face each other in a three-match T20I series and then square off in a two-Test series. Ahead of the opening T20I vs New Zealand at the Sawai Mansingh Stadium in Jaipur, Team India had its first practice session on Monday under newly-appointed head coach Rahul Dravid. The Board for Control of Cricket in India (BCCI) posted a video on its social media handle on Tuesday where the Indian players, including new T20I captain Rohit Sharma, were seen sweating it under the guidance of Rahul Dravid.

In the video, Rahul Dravid can be seen giving throw downs to the batters while skipper Rohit Sharma was smashing the ball during a nets session.

India will play the first T20I on Wednesday in Jaipur followed by the second one in Ranchi on November 19 while the third and final T20I will be played on November 21 in Kolkata.

Earlier, India's newly-appointed T20I vice-captain KL Rahul stated that his team's long-term focus will be the next T20 World Cup but every series before the mega tournament is equally important.

"The long-term goal is to focus on the World Cup but we will focus on the process and every series from now on is important. We will try to see what combinations are perfect for us and can be used for the world cup but right now we will be focusing on one series at a time," Rahul said while addressing a virtual press conference on Monday.

Rohit Sharma India vs New Zealand 2021 Cricket
Get the latest updates on IPL Auction 2023 and check out  IPL 2023 and Live Cricket Score. Like us on Facebook or follow us on Twitter for more sports updates. You can also download the NDTV Cricket app for Android or iOS.