Steve Waugh said that it is a real challenge for teams to play day-night cricket in Australia and someone like Virat Kohli will welcome and embrace it. 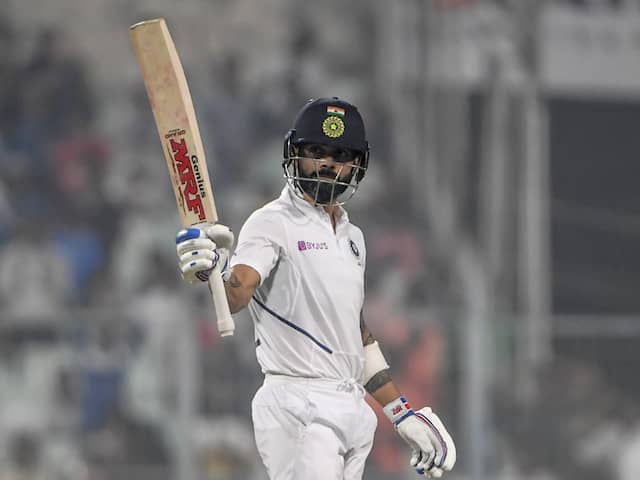 India's tour of Australia towards the end of 2020 has already evoked a lot of interest. The great Steve Waugh says the Test series between the "two best sides" will be remembered for a long time and hopes India play a day-night game Down Under. Twelve months ago, India ended a 71-year wait for their maiden Test series win in Australia. However, Australia are a different team now with Steve Smith and David Warner back in the side having served one-year ball-tampering bans.

"It is always a great series, Australia and India. It has become a tradition. I think it is going to be an outstanding series. Everyone is looking forward to it already," Waugh told PTI shortly after landing in India ahead of the three-match ODI series beginning on Tuesday.

Look there is no doubt it (David and Steve) will make our team stronger. But there is no doubt that India right now is the best all-round cricket side in the world, they will welcome that challenge. It will be a series that people will remember for a long time," he said.

During the course of the ODI series, a decision could be made on if India will play a day-night Test during the Australian summer.

The Kohli-led squad had shown reluctance to play with the pink ball in the previous series but having finally made their day-night debut at home in November, it would be difficult to say no to a game under lights in Australia. Waugh feels Kohli should take up that challenge.

"It is a real challenge for teams to play day-night cricket in Australia. Someone like Virat Kohli will welcome and embrace it. If you are the best side in the world, you are expected to win against all opponents in all conditions. India probably needs to tick that box," said the World Cup-winning skipper, who is also a Laureus Academy Member.

On the upcoming ODI series in India, Waugh feels the home team starts favourites despite Australia winning the five-match series 12 months ago.

"Both sides play tough cricket, two best teams in the world. Australia have got an exciting line-up. They have got some new players like Marnus Labuschagne who is the in-form batsman at the moment."

The come-from-behind win in India last year had given Australia the much-needed momentum and confidence going into the World Cup, following a tough period which saw Smith, Warner and Cameron Bancroft getting banned for their role in the ball-tamper scandal in South Africa.

"After what happened in Cape Town (2018), the Australian team has recovered really well. I don't think you ever have the edge in India but you are right they will take a lot confidence from the last series. It was a great victory and beginning of the rebuilding of the side.

"It was a significant series, they started believing that they could beat anyone from there. But India in India start favourites," said the 54-year-old.

Waugh also believes that it is a matter of time before India win an ICC event, something they have not done since the 2013 Champions Trophy triumph.

"It is not easy to win big tournaments. And you take it for granted when you are doing it. I think it just shows how special it is but India are very capable.

"They will be up there, top contenders in any competition. India fans you need to stay patient. Only a matter of time before they win something big again."

Is it a mental block that India keep losing in the knock-outs?

"It is not mental. It is just sport. Like I said it is not easy to win big tournaments. Australia had a great run in World Cups. We didn't do this time but we have had an incredible run."

On the intense debate over ICC's proposal to trim Test matches to four days, Waugh said the governing body should leave the longest format as it is.

"I am a traditionalist. Five-day Test matches work fine for me. It tests your skills and capacity in the best way. If you win inside five days, you get a day off in what is a a pretty busy schedule.

"I think the players wold not want the schedule to be compressed anymore. Some of the best Test matches have been five day games so why change? It is the basic of cricket and what it is all about. Leave it as it is," concluded Waugh.

Virat Kohli Steve Waugh Cricket
Get the latest Cricket news, check out the India cricket schedule, Cricket live score . Like us on Facebook or follow us on Twitter for more sports updates. You can also download the NDTV Cricket app for Android or iOS.