Aaron Finch said Australia were a little short of posting a competitive total and that cost them the match. 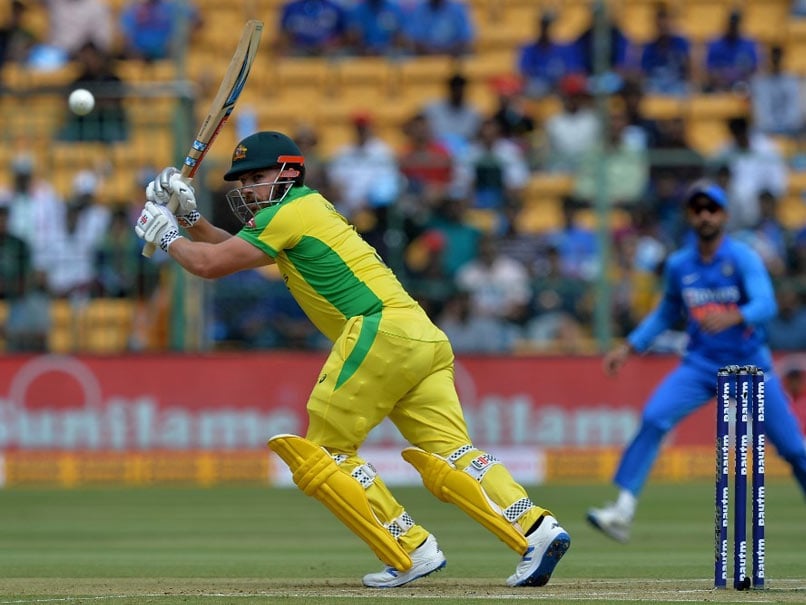 Aaron Finch thought if Australia scored 300-310, they would have been able to put pressure on India.© AFP

Australia skipper Aaron Finch said they kept losing the momentum, which first prevented them from setting a challenging target and then made it difficult to take wickets in the decisive third ODI. India claimed the series 2-1 with a comfortable seven-wicket win in the third ODI as the hosts chased the 287-run target with Rohit Sharma scoring a sublime century. "The wicket started to turn, and maybe it started to slide a bit more later on. We felt if we were able to post 300 or 310, that would have brought our spinners into play. We probably lost just one wicket (too many). Just that momentum kept getting stalled every now and then," Finch said.

Finch said he had bring on part-time bowlers, including himself, since they were not getting wickets.

"You play world-class players up front, you will go for a few runs. We wanted to get some wickets up front. It wasn't to be."

The visiting skipper said it was an enriching experience, playing Indian in their den.

"To play against the best in the world in these conditions is a great learning experience. Everyone played well. It was a great series to be a part of," Finch said.