Former England captain Michael Vaughan feels there is a weakness in the Indian team which needs to be addressed if they are to win the ICC World Cup 2023 at home. 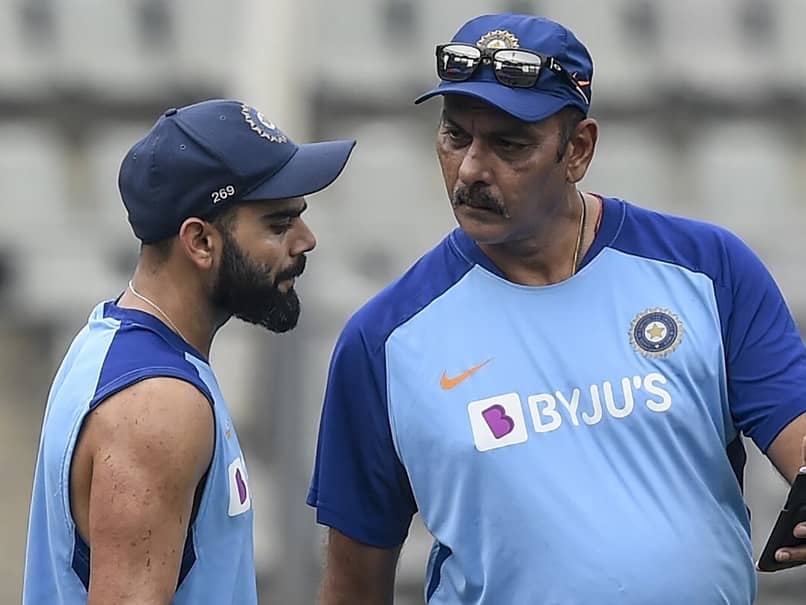 India were given a rude awakening by Australia in the first ODI of the three-match series in Mumbai on January 14. Aaron Finch's team stunned the world by thrashing the hosts by 10 wickets -- Australia's biggest ever ODI victory over India, by margin of wickets. India will be looking to bounce back immediately from the thrashing and stay alive in the series by winning the second ODI in Rajkot on Friday. However, former England captain Michael Vaughan feels there is a weakness in the Indian team which needs to be addressed if they are to win the ICC World Cup 2023 at home.

The former England opener tweeted ahead of the second ODI and said he was interested in seeing how India would respond after the crushing defeat. Vaughan said that India had "under achieved" in the last two World Cups, adding: "They lack power for me in the engine room,the middle order,they have 3 yrs to make sure they can keep up the tradition of the hosts winning !"

Interested to see how #India responds in the 2nd ODI.If they are honest they will accept the last 2 World Cups they have under achieved !!They lack power for me in the engine room,the middle order,they have 3 yrs to make sure they can keep up the tradition of the hosts winning !

During the opening ODI, captain Virat Kohli had decided to drop down the order so that both Shikhar Dhawan and KL Rahul could be accommodated in the playing XI. There had been a lot of buzz ahead of the series as to who will open for India.

While Rohit Sharma is a sure-shot for one of the opening slots, the other is a straight up fight between Dhawan and Rahul.

India decided to open with Dhawan with Rahul coming in at one-down and skipper Kohli dropping to number 4.

Both Rahul and Dhawan looked in fine nick and added 121 runs for the second wicket. However, a batting collapse saw India being bowled out for 255 in 49.1 overs.

Australia captain Aaron Finch and David Warner both hit fantastic centuries to put up the highest Australian partnership against India as they chased down the target with 12.2 overs to spare and all their wickets intact.

KL Rahul India vs Australia 2020 Cricket
Get the latest updates on India vs England Series, India vs England , live score and IPL 2021 Auction . Like us on Facebook or follow us on Twitter for more sports updates. You can also download the NDTV Cricket app for Android or iOS.