Aaron Finch said that the 3-2 series win in India in 2019 gave the team confidence in their game plan in subcontinent conditions. 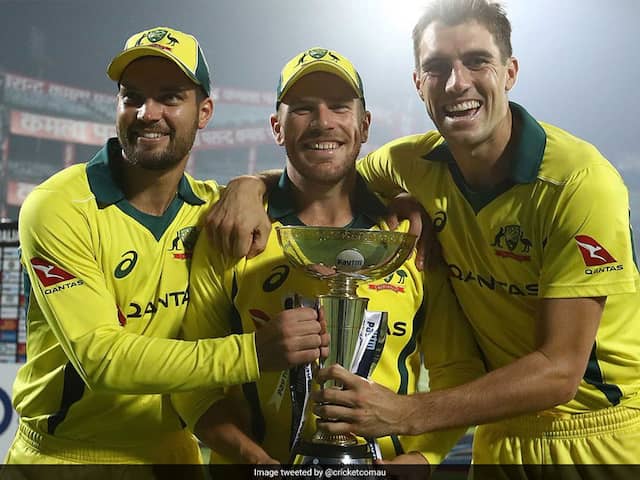 Australia have the goods to give Virat Kohli's men a run for their money, skipper Aaron Finch said Thursday as he departed for their three-match one-day series. The two sides face each other in Mumbai on January 14 before heading to Rajkot and then Bangalore for what will be Australia's first limited-overs games since the World Cup in England last year. Both sides made the semi-finals and Finch believes Australia is well-equipped to deal with India on home soil after upsetting them 3-2 there early last year.

"It just gives us confidence that our game plan in those conditions is good enough," he told cricket.com.au ahead of his departure.

"What can happen when you play in the sub-continent is you start to doubt your game plan because they're so dominant when they get on top.

"India or Pakistan... or Sri Lanka. They can make you start doubting yourself.

Regular coach Justin Langer is giving the tour a miss after an intense summer of Test cricket with the reins handed to his assistant Andrew McDonald.

McDonald has had a rapid rise. He was playing in the Twenty20 Big Bash four years ago before turning to coaching and being appointed Langer's right-hand man in October.

Australia have radically overhauled their squad for the series with in-form batsman Marnus Labuschagne, fresh from an incredible Test summer against Pakistan and New Zealand, set to make his one-day international debut.

"We know that he's not going to be overawed by the occasion," Finch said of their new star.

Spinner Ashton Agar gets another chance 18 months after his last one-dayer and paceman Josh Hazlewood has been recalled after recovering from injury to once again partner Mitchell Starc and Pat Cummins.

There was no room for high-profile players such as Usman Khawaja, Shaun Marsh, Glenn Maxwell, Marcus Stoinis and Nathan Lyon.