The core team for the World Cup is set but Virat Kohli didn't rule out an exceptional performer getting a look in. 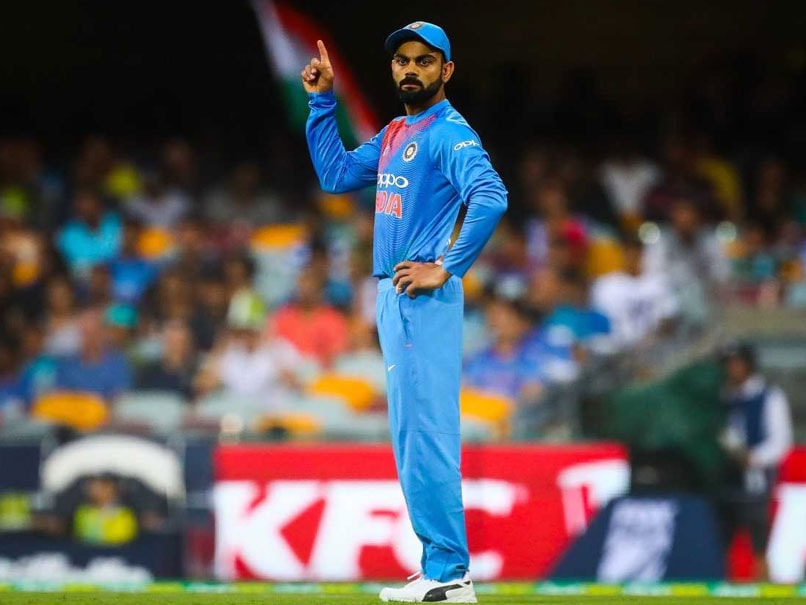 Virat Kohli is back after a break to lead India.© AFP

Virat Kohli is back after a break to lead the Indian team in two T20 Internationals and five One-Day Internationals against Australia at home. The series-opening first T20I between India and Australia will be played in Visakhapatnam on Sunday. Even though Indian skipper Virat Kohli wanted more ODIs in place of T20I matches, he added that his team would like to treat these shortest format games an extended preparation for the World Cup 2019, starting in May in the UK. "Probably, a couple of more ODIs would have been more beneficial for both the teams not just us. It would have been more ideal and logical," Kohli said on the eve of the opening T20.

"But look we have to utilise what's in front of us as best as possible. And as I said we're going to look to get into the right kind of frame of mind as a team," he added.

The core team for the World Cup is set but skipper didn't rule out an exceptional performer getting a look in.

"We're more or less sorted. But through the course of the series you might see something which might surprise you as a team and which you might want to change immediately. But those are things that are upon how circumstances come in front of you," he said.

"As of now, we feel pretty balanced as a side and I don't see any concerns or areas that we need to think about anymore. Everything is more or less sorted," world's No 1 batsman sounded quite assured.
The skipper didn't reveal whether leg-spinner Mayank Markande will be given preference over regular wrist spinner Yuzvendra Chahal. Chahal and Krunal Pandya have been the two specialist spinners in the T20 format.

"Look, he (Markande) has been given an opportunity because he's done well. It's purely giving a youngster a chance, who has done well over the last couple of seasons and bowled well in the IPL and T20 cricket."

Virat Kohli Cricket India vs Australia, 2018/19
Get the latest updates on Fifa Worldcup 2022 and check out  Fifa World Cup Schedule, Stats and Live Cricket Score. Like us on Facebook or follow us on Twitter for more sports updates. You can also download the NDTV Cricket app for Android or iOS.