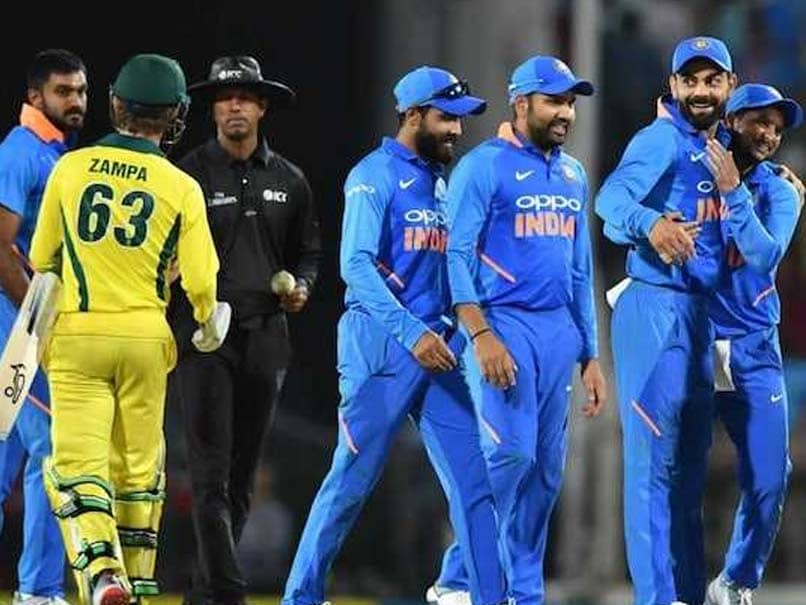 Opener Usman Khawaja's maiden one-day international century and incisive bowling helped Australia outplay India by 32 runs to stay alive in the five-match series on Friday. Adam Zampa led the bowling charge with three wickets including the prized scalp of India captain Virat Kohli, for 123, to help dismiss the hosts for 281 in 48.2 overs while chasing 314 in Ranchi. India lead the series 2-1. Fast bowlers Pat Cummins and Jhye Richardson also took three wickets each and combined to wipe off the Indian tail after Kohli's second successive ton gave the tourists a scare. Kohli, who hit a match-winning 116 in the second ODI, smashed 16 fours and a six during his 95-ball knock before being bowled off Zampa's leg-spin googly. For Australia, Khawaja, who made 104, and skipper Aaron Finch, who hit 93, put on a 193-run opening stand to guide their team to 313 for five after being put in to bat. (SCORECARD)

His 99-ball knock was laced with 10 fours and 3 sixes. Khawaja, who hit 11 fours and a six in his 113-ball knock, kept up the pace during a 46-run second-wicket stand with the in-form Glenn Maxwell, who made 47.

Khawaja fell to paceman Mohammed Shami and Maxwell, who smashed three fours and three sixes in his 31-ball blitz, was run out by wicketkeeper Mahendra Singh Dhoni. Yadav soon tried to check Australia's surge with his left-arm wrist spin as he sent back Shaun Marsh, for seven, and Peter Handscomb, for nought, in the space of three deliveries. But Marcus Stoinis, on 31, and Alex Carey, on 21, put on an unbeaten 50-run stand to take Australia well past the 300-run mark.

Australia need a win to keep the five-match series alive after the hosts won the first two matches.