The International Cricket Council on Sunday defended the scheduling of the World Twenty20 as monsoon rains threatened to ruin the tournament in Sri Lanka. 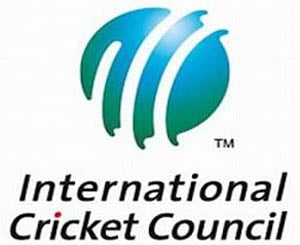 The International Cricket Council on Sunday defended the scheduling of the World Twenty20 as monsoon rains threatened to ruin the tournament in Sri Lanka.

"This was the only period available in the Future Tours Programme this year to conduct the tournament," an ICC spokesman told AFP. "All the teams were aware of it."

The two-yearly tournament, being held in Sri Lanka for the first time, coincides with the traditional start of the monsoon season in the region.

The first four days of the event, which opened on September 18 and continues till October 7, stayed rain-free before bad weather on Saturday affected both games in Hambantota and Colombo.

The match between South Africa and Sri Lanka in the southern port town of Hambantota was reduced to seven-overs-a-side, which the Proteas won by 32 runs.

In Colombo, Australia were 100-1 in 9.1 overs chasing West Indies' total of 191-8 when heavy rain forced the match to be called off in front of 18,000 fans at the Premadasa stadium.

Australia, who still needed 92 more from 65 balls to win the game with nine wickets in hand, were declared winners by 17 runs according to the Duckworth-Lewis method that decides rain-hit games.

The forecast for the rest of the tournament is for worsening weather.

"There will be showers at times in the western, southern and central provinces," meteorologist Pabodini Karunapala told AFP. "By the first week of October, we will start getting more rains.

"In Colombo, we should expect rain at any time, especially heavy rains during the early morning and evening."

Sri Lanka, which was awarded hosting rights for the tournament in 2007, has organised just one international series in the month of October since gaining full status in 1982.

That was a five-match one-day series against England from October 1-13 in 2007, with three games being played in Dambulla, which lies in the central dry zone, and two in Colombo.

All five matches were completed, with England taking the series 3-2.

The Champions Trophy final in Colombo in 2002 was affected by rain on both September 29 and the scheduled reserve day the next day, forcing the title to be shared by India and Sri Lanka.

The Super Eights round of the World Twenty20 starts next Thursday, with the semi-finals on October 4 and 5 and the final on October 7.

Comments
Topics mentioned in this article
Cricket ICC World Twenty20 2012 Sri Lanka vs India 2012 Irfan Pathan Sachin Ramesh Tendulkar MS Dhoni Yusuf Pathan Sri Lanka Cricket Team South Africa Cricket Team
Get the latest updates on India vs South Africa and check out  Schedule, Results and Live Score. Like us on Facebook or follow us on Twitter for more sports updates. You can also download the NDTV Cricket app for Android or iOS.