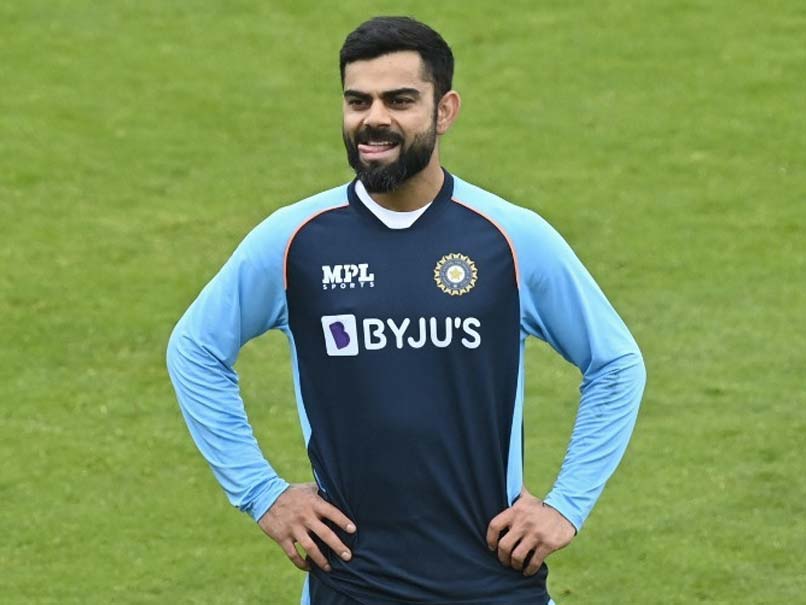 Virat Kohli appeared to be in a jolly mood in early on in New Zealand's first innings.© AFP

Virat Kohli enjoyed himself on the field as he grooved to some old-school Bhangra on Day 3 of the World Test Championship final against New Zealand at The Ageas Bowl in Southampton. Shortly after New Zealand came out to bat in the second session of the day, Kohli, who was fielding in the slips during the ninth over of the innings was seen dancing to the sound of dhols being played by the fans at the stadium. Kohli, who is known for his crowd-pleasing antics when on the field, tried to get the fans behind the team as India attempt to win the first-ever WTC final.

Kohli was one of India's top scorers in their first innings even as India were bowled out for 217, courtesy of a menacing spell of 5 for 31 by Kyle Jamieson.

Kohli made 44 while his deputy Ajinkya Rahane top-scored for India with 49 runs as India could add only 71 runs to their overnight total of 146 for 3.

His antics aside, Kohli's tactics in the field finally bore fruit for India in the third session when Ravichandran Ashwin dismissed New Zealand opener Tom Latham for 30 to give India their first wicket after an opening stand of 70 runs.

The World Test Championship final was scheduled to be played from June 18 to 22 with June 23 as a reserve day.

The first day was washed out due to rain and New Zealand chose to field after winning the toss on Day 2.

Virat Kohli World Test Championship 2021 India vs New Zealand, Final Cricket
Get the latest updates on ICC T20 Worldcup 2022 and CWG 2022 check out the Schedule, Live Score and Medals Tally. Like us on Facebook or follow us on Twitter for more sports updates. You can also download the NDTV Cricket app for Android or iOS.