WTC Final: ICC Acting CEO Geoff Allardice praised the New Zealand team for displaying the skill and temperament required to be the best Test team in the world. 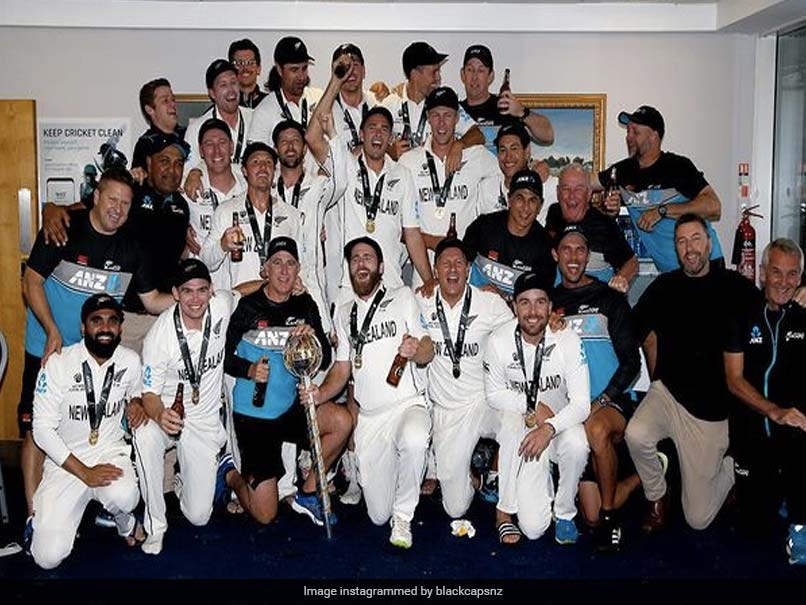 ICC Acting CEO Geoff Allardice has congratulated New Zealand on winning the inaugural World Test Championship beating India in a riveting final at the Ageas Bowl in Southampton. WTC is the first major ICC trophy for the New Zealand cricket team since 2000 and an incredibly tight game saw New Zealand bowl out India for 170 in the second innings, leaving them 139 to chase for victory. "I would like to congratulate the first-ever World Test Champions, the Black Caps who displayed the skill and temperament required to be the best Test team in the world," Geoff Allardic said in an official release by ICC.

"I would also like to congratulate the Indian team, who performed so consistently to qualify for the Final and came so close to winning it," he said.

"Both teams showed their quality and it was a simply outstanding game of Test cricket that will live long in the memories of cricket fans around the world, also played in a great spirit that highlighted the mutual respect between the teams," he added.

A complete effort on the Reserve Day saw New Zealand edging India in a final which had its ebbs and flows in the first innings.

The Kiwis made full use of the slender 32-run lead and the Williamson-led side bundled out India cheaply in the second innings to get a target of just 139. The batsmen did not relent and in the end, the Kiwis side walked away with a comfortable victory.

"Throughout the two-year World Test Championship both Kane and Virat made no secret of their desire to win the Test Mace and that was clearly evident over the last six days," he said.

"The quality of the play was befitting of the two best Test teams in the world and it was an enthralling game," Allardice pointed.

Virat Kohli World Test Championship 2021 Cricket India vs New Zealand, Final
Get the latest updates on ICC T20 Worldcup 2022 and CWG 2022 check out the Schedule, Live Score and Medals Tally. Like us on Facebook or follow us on Twitter for more sports updates. You can also download the NDTV Cricket app for Android or iOS.