IND vs NZ WTC Final Highlights 2021, India vs New Zealand: Virat Kohli and Ajinkya Rahane took India to 146/3 at stumps on Day 2 after the final session of play was hindered repeatedly due to bad light. 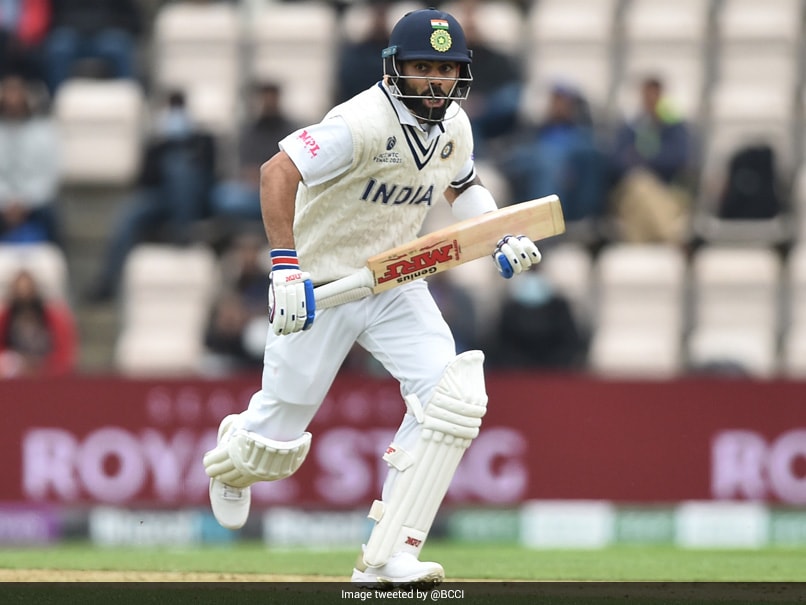 After a washed out opening day, the second was also repeatedly hampered due to bad light. The game started on time as Indian openers Rohit Sharma and Shubman Gill gave India a solid start before New Zealand pacers struck twice before Lunch to remove both. India lost Cheteshwar Pujara for 8 runs but Virat Kohli and Ajinkya Rahane added more than 50 runs to help India get on track. However, bad light forced an early Tea and later India ended Day 2 at 146 runs for the loss of three wickets after 64.4 overs. Kohli was batting at 44 runs while Rahane looked defensively strong on his way to 29 runs. Both Virat Kohli and Kane Williamson will be hoping to trump each other, as they haven't won an international ICC trophy as captain. (SCORECARD)

Jasprit Bumrah World Test Championship 2021 India vs New Zealand, Final Live Score Live Cricket Score Cricket Live Blogs
Get the latest updates on Fifa Worldcup 2022 and check out  Fifa World Cup Schedule, Stats and Live Cricket Score. Like us on Facebook or follow us on Twitter for more sports updates. You can also download the NDTV Cricket app for Android or iOS.