India vs New Zealand WTC Final Highlights: Play Called Off On Day 1 Without A Ball Being Bowled Due To Rain

IND vs NZ, WTC Final Highlights 2021, India vs New Zealand: Play was called off on Day 1 due to rain without a ball being bowled in Southampton. 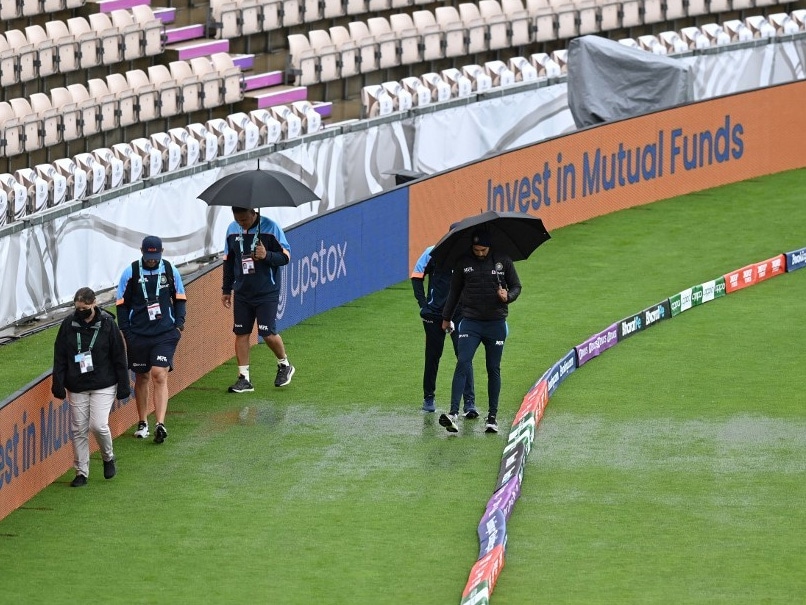 India vs New Zealand Highlights: No play was possible on Day 1 of the WTC final due to rain.© AFP

Play was called off on Day 1 of the World Test Championship (WTC) final between India and New Zealand at The Ageas Bowl in Southampton due to rain. Not a single ball was bowled on the opening day of the WTC final due to inclement weather. Toss was also delayed earlier on Friday because of rain. The Board of Control for Cricket in India (BCCI) took to Twitter to reveal that the play will start on the scheduled time on Saturday -- 3pm IST. The New Zealand board tweeted that 98 overs will be bowled on Saturday. Virat Kohli will be aiming to win his first ICC trophy as Team India captain, having already won the 2011 ODI World Cup under MS Dhoni's captaincy. On the other hand, Kane Williamson also has not won any trophy as New Zealand skipper, having missed out on the 2019 World Cup title by a whisker. (SCORECARD)

WTC Final Highlights​ And Updates Between India vs New Zealand From The Ageas Bowl, Southampton