Kane Williamson Ruled Out Of 2nd Test Against England, Expected To Be Fit For WTC Final

Kane Williamson has been ruled out of the second and final Test against England at Edgbaston with a left elbow problem. 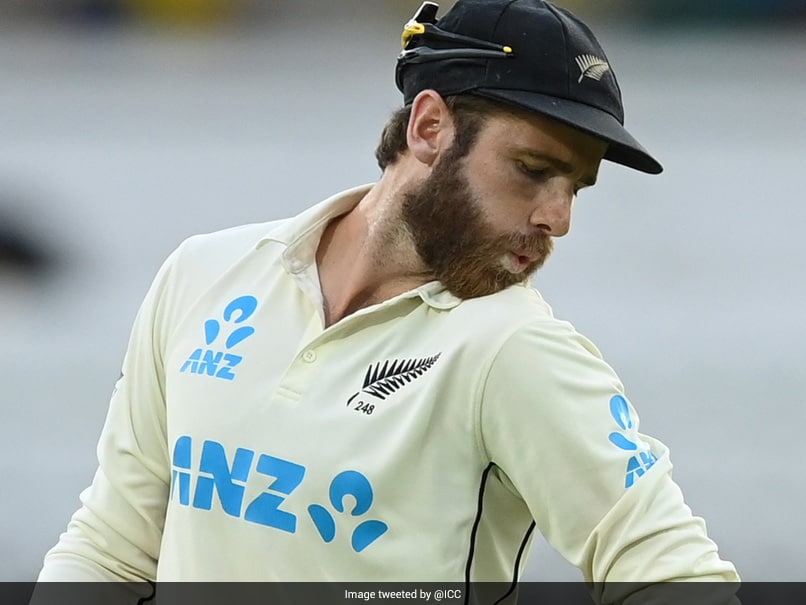 Kane Williamson is suffering from an irritation in his left elbow.© Twitter

New Zealand captain Kane Williamson has been ruled out of the second and final Test against England at Edgbaston with a left elbow problem, team management announced on Wednesday. However, the Blackcaps are confident he will be fit to lead the team in the inaugural World Test Championship final against India starting on June 18. Williamson, who captained New Zealand in last week's drawn first Test against England at Lord's, has been managing the injury since first missing matches in March.

JUST IN: Kane Williamson has been ruled out of the second #ENGvNZ Test with an elbow issue.

Tom Latham will captain the side in his absence. pic.twitter.com/gGhFM39drs

The world's top-ranked Test batsman was ruled out of the second Test on Wednesday, a day before the match is due to start at Birmingham's Edgbaston ground.

"It's not an easy decision for Kane to have to miss a Test, but we think it's the right one," New Zealand coach Gary Stead said in a statement.

"He's had an injection in his elbow to relieve the irritation he's been experiencing when he bats and a period of rest and rehabilitation will help maximise his recovery."

Stead added: "The decision has been made very much with the ICC World Test Championship final at Southampton in mind and we are confident he will be ready for that match starting on June 18."

Tom Latham will captain the side in Williamson's absence, with Will Young, who has made two first-class hundreds for English county side Durham this season, coming into the side at number three.

"Someone of his (Williamson's) leadership, his calibre as a player, it's obviously disappointing that he's been ruled out to nurse his elbow injury," Latham told reporters.

"He's fantastic as a captain. I think it's well-documented how his personality, his calm nature out in the middle, has been vital to this group. He's very relaxed."

"He doesn't get too high, and doesn't get too low, which has been great for this side over recent years... He'll certainly be missed," added Latham, looking to lead New Zealand to their first series win in England since 1999.

"He's a big gun, number one in the world," said Root. "He's one of those players you spend a lot of time thinking about how you're going to keep him quiet and get rid of him early.

"It will be a huge loss for them but we're also very respectful that New Zealand have a strong squad and are involved in the World Test Championship final because they have strength in depth.

"We saw last week a debutant (Devon Conway) coming in and getting a double hundred."

New Zealand will also be without spinner Mitchell Santner, who was previously ruled out with a cut finger.

But experienced left-arm quick Trent Boult is set to come back into the XI after missing the Lord's match, having opted to spend time with his family following the suspension of the Indian Premier League.

"It's great to have someone of his calibre come back in," said Latham of Boult.

"The way he can swing the ball, his leadership as well. He's been to this part of the world before and he knows how to perform (in England)."

Tom Latham Cricket
Get the latest updates on IND vs NZ 2021, check out the Schedule and Live Score . Like us on Facebook or follow us on Twitter for more sports updates. You can also download the NDTV Cricket app for Android or iOS.