U-19 World Cup: Haseebullah registered the highest individual scoreof the tournament so far, scoring a fine 135 off 155 balls, while Irfan scored a counter-attacking 81 off just 77 balls. 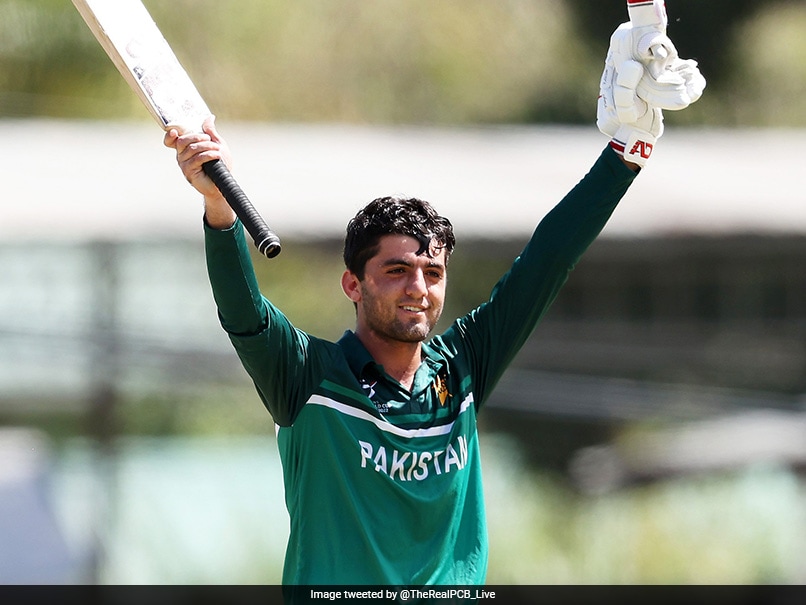 Pakistan opened their U-19 World Cup campaign with the thrashing of Zimbabwe in a Group C fixture at the Diego Martin Sports Complex on Monday. After being put on to bat first by Zimbabwe, Pakistan got off to a poor start as Muhammad Shehzad was dismissed for a score of five in the third over by Mcgini Dube. However, wicketkeeper-batter Haseebullah Khan and Irfan Khan took the onus on their shoulders and guided Pakistan to a mammoth total of 315 for the loss of nine wickets.

Haseebullah registered the highest individual score of the tournament so far, scoring a fine 135 off 155 balls, while Irfan scored a counter-attacking 81 off just 77 balls.

In reply, Zimbabwe got off to a decent start with Matthew Welch and Steven Saul, with the pair adding 34 runs for the opening stand.

However, Saul's dismissal in the 7th over opened a floodgate as Zimbabwe kept on losing wickets at regular intervals, before being eventually bowled out for 200.

Brian Bennett did put on a fight with his knock of 83 but Awais Ali's figures of six for 56 paralysed Zimbabwe's run-chase as Pakistan registered a resounding win.

Pakistan now top Group C ahead of Zimbabwe, who had defeated Papua New Guinea (PNG) in their opening match by a mammoth 228-run margin.

Pakistan will now take on Afghanistan in their next game on January 20 at the Brian Lara Stadium in Trinidad.

Zimbabwe, on the other hand, will return to Diego Martin to face Afghanistan in their final group game on January 22.

Zimbabwe U19 Haseebullah Khan Irfan Khan Awais Ali Brian Bennet ICC Under 19 World Cup 2022 Cricket Pakistan Under-19 vs Zimbabwe Under-19, Match 24 Pakistan Under-19 vs Zimbabwe Under-19, Match 8
Get the latest updates on Fifa Worldcup 2022 and check out  Fifa World Cup Schedule, Stats and Live Cricket Score. Like us on Facebook or follow us on Twitter for more sports updates. You can also download the NDTV Cricket app for Android or iOS.