Indian hockey goalkeeper P R Sreejesh is in no mood to call it quits anytime soon as he is eyeing a World Cup medal to add to his Tokyo Olympics bronze before deciding the future course of his career. 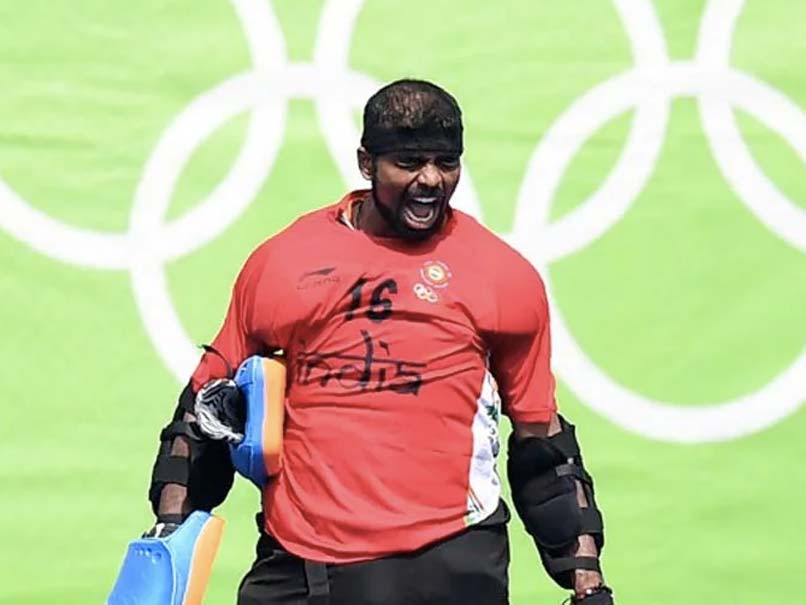 P R Sreejesh is in the twilight of his career, but the veteran Indian hockey goalkeeper is in no mood to call it quits anytime soon as he is eyeing a World Cup medal to add to his Tokyo Olympics bronze before deciding the future course of his career. Sreejesh, who made his senior team debut in 2006, is regarded as one of the finest goalkeepers in world hockey. Sreejesh, who captained the national team to the quarterfinals of the 2016 Rio Olympics, was also a part of the 2014 gold medal-winning Asian Games squad but his most cherished dream was fulfilled in last year's Tokyo Olympics when India won a historic bronze after a hiatus of 41 years.

But the senior custodian is still not satisfied as he aims to win a World Cup medal next year before taking a call on his future, which includes the 2024 Paris Olympics.

"The Olympic medal was a dream but I still have a chance to better the colour of the medal. 2022 is very important for us which starts with the FIH Pro League and then we have the Commonwealth Games and the Asian Games," said Sreejesh, who became only the second Indian after women's team skipper Rani Rampal to win the 'World Games Athlete of the Year' award.

"The Asian Games will give us a direct berth in the Paris Olympics, so there is as an added motivation. In the last World Cup, we couldn't qualify for the semifinals, so winning a medal in the World Cup will complete my goal." For Sreejesh, setting short-term goals is his priority now, saying the day he feels lack of motivation towards the game, he will not hesitate to call it quits.

"Our focus now is on the next Olympic cycle which starts this year. First we have the Pro League which will help in creating a strong base for us.

"For a goalkeeper, age is not a big barrier. It's about how passionate you are about the game. Personally, I am not setting any long-term target. My short-term goal next is the World Cup to be held in India," he said.

Asked what still drives him to wake up every morning and go through the grind, Sreejesh said: "Wearing the blue jersey is not possible for everyone. Only a lucky person gets that opportunity but for that, you need to work hard and that's what gives you the motivation." Sreejesh will be returning to the Indian team in the upcoming FIH Pro League matches against South Africa and France to be held Potchefstroom from February 8 to 13 after a hiatus of six months.

And the experienced goalkeeper said the break helped him re-energise after the Tokyo Olympics.

"The break was much-needed. It helped me develop a bond with my family. We went for a holiday and the kids enjoyed a lot. I spend some quality time with my family. The holiday was a rejuvenating experience for me," Sreejesh said.

Comments
Topics mentioned in this article
India PR Sreejesh Hockey
Get the latest updates on ICC T20 Worldcup 2022 and CWG 2022 check out the Schedule, Live Score and Medals Tally. Like us on Facebook or follow us on Twitter for more sports updates. You can also download the NDTV Cricket app for Android or iOS.