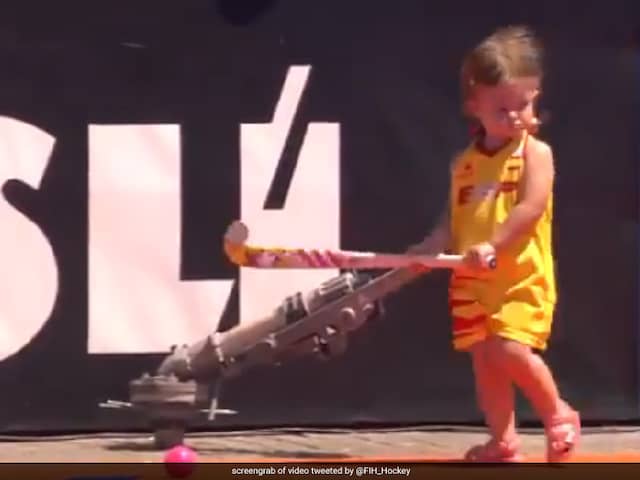 Wednesday was World Children's Day and the International Hockey Federation (FIH) marked the day by tweeting an adorable video of children playing hockey. In the 18-second video, two young girls are seen running around, one with a hockey stick. They finally find the ball on the ground. The girl then stands over the ball, looking every bit like she is about to take a penalty corner. "How did you make this World Children's Day special for your child?" FIH tweeted along with the video.

How did you make this World Children's Day special for your child?

World Children's Day, according to the United Nations, has been celebrated on November 20 since 1954. It is an event that promotes "international togetherness, awareness among children worldwide, and improving children's welfare".

Tennis star Serena Williams tweeted a video and said she is "proud to stand with UNICEF and champion for every child's right to be heard."

This #WorldChildrensDay, I'm proud to stand with @UNICEF and champion for every child's right to be heard. pic.twitter.com/t1upsm6lbu

Football legend David Beckham, who is a UNICEF Global Ambassador, joined children at the UN headquarters in New York to celebrate World Children's Day, and spoke for child rights.