The Indian team seemed to have put aside the disappointment of failing to qualify for the final as they produced some marvellous skills to stamp their authority on the match. 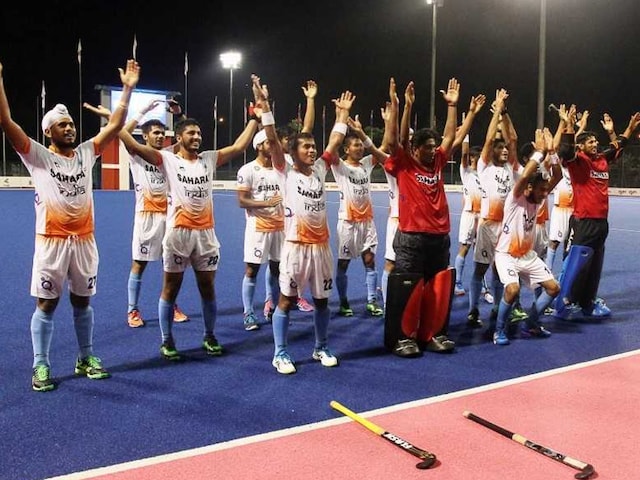 Indian junior men's hockey team thrashed hosts Malaysia 4-0 to claim the bronze medal at the seventh Sultan of Johor Cup, on Sunday. Goals from Vishal Antil (15th, 25th minutes), Vivek Prasad (11th) and Shilanand Lakra (21st) were enough for India to win the bronze at the Taman Daya Hockey Stadium. India had earlier finished third in the points table with nine points after winning three and losing two of their round robin matches. The team started the match on a bright note as they attacked the Malaysian defense in the initial stages of the first quarter.

The Indian team seemed to have put aside the disappointment of failing to qualify for the final as they produced some marvellous skills to stamp their authority on the match.

It was in the 11th minute when captain Vivek Prasad scored from Maninder Singh's assist from the right flank.

India extended their lead four minutes later when a precise long pass from Dilpreet Singh was picked up by Shilanand Lakra inside the circle, and the forward made a turn and passed the ball to Vishal Antil who then scored with a cool finish.

The second quarter had a similar story for the Indians as they dominated the possession and were rewarded for their spirited display when they scored the third goal through Shilanand Lakra, who tapped in a pass by captain Vivek Prasad in the 21st minute.

India's attacking force was in prime form as they struck yet again in the 25th minute through Vishal Antil's strike. Malaysia had to step up in the last two quarters if they were to make a comeback into the match, but India's defence was resolute and did not allow the hosts to make any inroads.

Comments
Topics mentioned in this article
India Malaysia Hockey
Get the latest Cricket news, check out the India cricket schedule, Cricket live score . Like us on Facebook or follow us on Twitter for more sports updates. You can also download the NDTV Cricket app for Android or iOS.