Olympics: The selection of the final 16 players for the Indian women's hockey team is awaited and Namita Toppo said there is no dearth of talent in the squad with several youngsters rising the ranks. 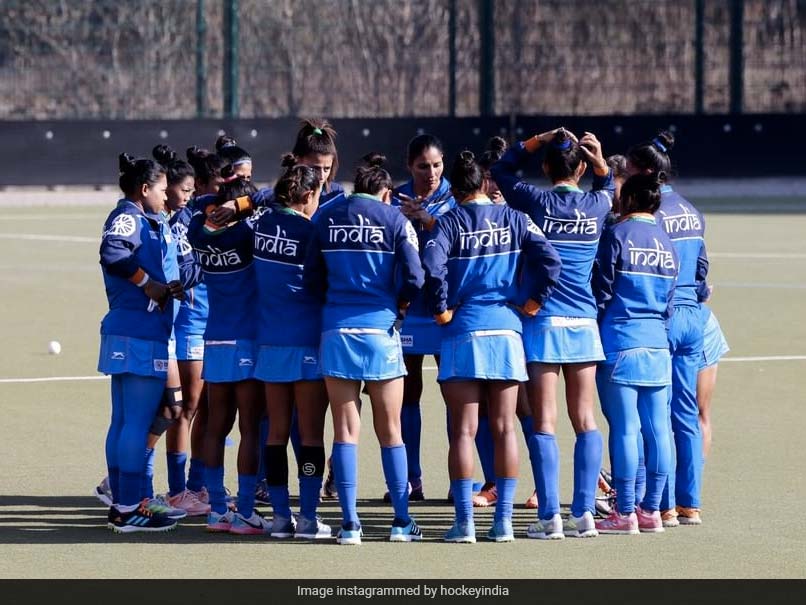 Tokyo Olympics: The Indian women's players are currently training in a bio-secure bubble at a SAI centre.© Twitter

The members of the Indian women's hockey team have been training for the upcoming Olympics in such a manner that their biological clock is already set to the Tokyo time, says senior midfielder Namita Toppo. With less than 50 days to go for the Tokyo Games, there is a lot of excitement among the members of the Indian women's Olympic core probable group which is currently training in a bio-secure environment at the SAI Centre. "Fitness continues to be a key area of focus," Toppo said in a release.

"The weather in Tokyo is going to be quite challenging and our training sessions are planned in such a way that our biological clock is set to the time we will be playing matches in Tokyo.

"We are also playing a lot of internal matches to build that match-momentum. There is just a lot of enthusiasm in the team with less than 50 days for the Games to begin and we are not letting any external factor affect our excitement," Toppo added.

The selection of the final 16 players who will represent the country in Tokyo is awaited and Toppo said there is no dearth of talent in the squad with several youngsters rising the ranks.

"Over the past three years, a very talented bunch of young players have made it to the senior core group who have really done well for the team in international tours, and they have also gained experience of playing in big-ticket events including the Asian Games and the World Cup...

"...so in that sense, it's not guaranteed that any players has an assured place in the team for the Olympics."

Toppo, who has over 160 international caps and was also part of the team that represented India at the Rio Olympics for the first time in 36 years, said that all the players will have to give it their all in every single session if they want to see themselves in the final 16 for Tokyo.