Hockey India announced that Mariamma Koshy will head the national body in the 41st Hockey India Executive Board meeting held on Friday. 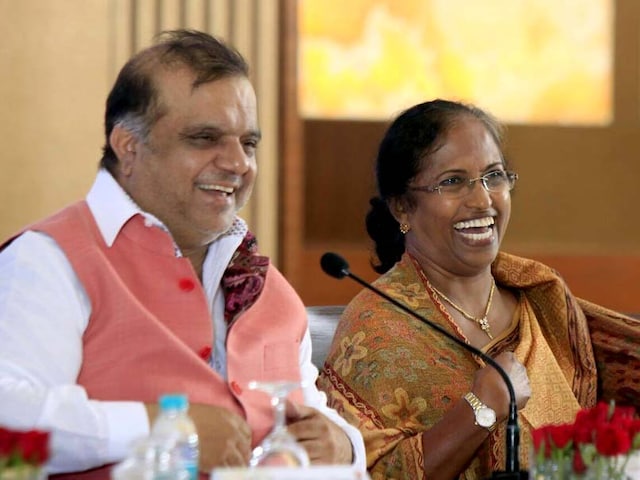 Mariamma Koshy has taken charge of Hockey India (HI) as president with immediate effect, replacing Narinder Dhruv Batra who was recently elected as the first ever non European chief of the sport's governing body FIH.

HI announced that Koshy will head the national body in the 41st Hockey India Executive Board meeting held on Friday. HI Secretary General, Mohd. Mushtaque Ahmad, has now taken over as the chairman of the Hockey India League Governing Board.

These decisions have come in the light of Batra stepping down from his position due to his historic election in the (FIH). Batra could not hold both the posts at HI and FIH, thus he stepped down.

Friday's decisions will require ratification in the Hockey India Congress to be held soon.

He also resigned from his post as chairman of the Hockey India League.

Speaking on the development, Batra said, "It gives me a great sense of achievement to see the independent development of Hockey India as a governing body for the sport.

"The organisation has been and will continue to be run by professionals headed by CEO Elena Norman and having Mariamma Koshy as its new president, I am sure we will reach new heights of success in popularising the sport in India as I take on the mantle to do the same on a global level."

Earlier this month, Batra made history after becoming the the first Indian and 15th president of FIH.