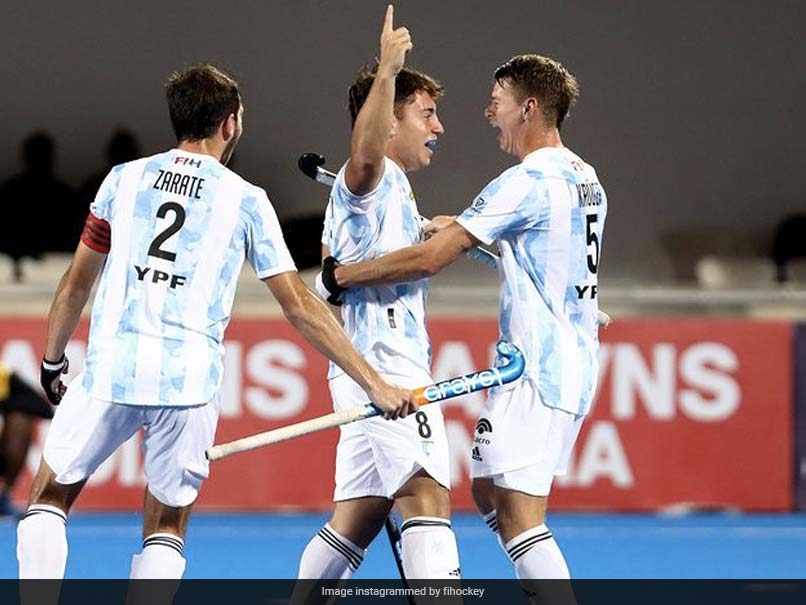 Lautaro Domene struck a hat-trick as a determined Argentina stunned six-time champions Germany 4-2 to clinch their second FIH Junior Men's Hockey World Cup title at the Kalinga Stadium here on Sunday. Domene converted three penalty corners in the 10th, 25th and 50th minute, while Franco Agoistini (60th) scored a field goal just seconds from the final hooter to hand Argentina their second title. Julius Hayner (36th) and Mas Pfandt (47th) were the goal getters for Germany. Argentina had earlier won the title way back in 2005 in Rotterdam where they defeated Australia 2-1.

The Argentines were by far the better side on display in the first quarter as they dominated the game by pressing hard on the German defence.

As has been their game, the Germans sat back and waited for counterattacks.

But Germany's ploy backfired as Argentina took the lead in the 10th minute through Domene from a penalty corner.

Argentina doubled their lead in the 25th minute when Domene once again found the back of the net from a penalty corner to go into half time leading 2-0.

But the Germans came out a completely different side after the change of ends and and managed to reduce the margin in the 36th minute through a field strike by Hayner.

Trailing by a goal and with just 15 minutes remaining, the Germans continued to attack and drew level in 47th minute when Pfandt scored from a set piece.

But it was not to be Germany's day as Domene struck again from a set piece in the 50th minute before Agostini scored from a field effort just at the stroke of the final hooter to shatter Germany's seventh title hopes.

Earlier in the day, defending champions India lost 1-3 to France to finish fourth in the competition.