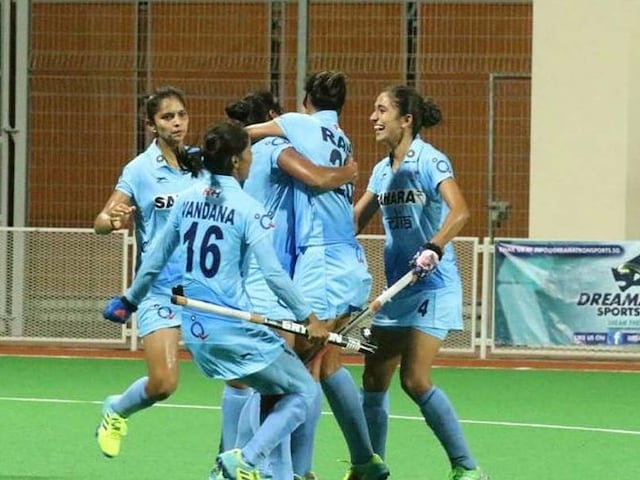 The Indian women hockey team ended their Australian tour with a 1-3 defeat in the third and final match as they lost the series 1-2 at the State Netball & Hockey Centre, here on Sunday.

With the series level at one game apiece, India put their best foot forward early on, as Nikki Pradhan, Deep Grace Ekka, and goalkeeper Rajani Etimarpu successfully foiled attempts by the Australians to keep the score line at 0-0 going into the second quarter.

The Indian women were quick to strike in the second quarter, as Deepika and Rani combined to display some remarkable stick work, allowing Vandana Katariya to get an easy deflection into the goal in the 17th minute.

Deepika was in action again, preventing Kalindi Commerford from scoring Australia's first goal. An unfortunate on-field collision moments later resulted in Captain Vandana being ruled out for the remainder of the game.

India maintained their 1-0 lead going into halftime as the Hockeyroos could not convert three successive penalty corners.

The Indian women earned four successive penalty corners in the third quarter but were unable to convert any even as Nikki and goalkeeper Etimarpu were kept busy by the Australian frontline.

India had a bit of luck soon after as a powerful strike by Commerford ricocheted off the goalpost followed by an agile save from Etimarpu to prevent a deflection from sneaking past her.

Australia were back in the hunt again, as they earned two penalty corners and Brooke Peris' 39th minute PC conversion saw the Hockeyroos draw level with India.

The hosts earned two more penalty corners, and Gabi Nance successfully converted one in the 41st minute to give Australia a 2-1 lead going into the final quarter.

The Indian eves stepped up their game in the final fifteen minutes, attacking the Australian defence as they searched for an equaliser. However, the Hockeyroos continued to charge at the Indian backline, with Kathryn Slattery and Murphy Allendorf looking to increase the lead.

Sunita Lakra and Deep Grace Ekka rose to the occasion, denying the Hockeyroos a third goal until the dying moments of the match. However, goalkeeper Etimarpu, who has been brilliant in this series, was outdone by a firm hit from Jordyn Holzberger that saw Australia increase the deficit to 3-1.

Although Deepika put up a brave fight towards the end, Australia went on to win the match and the series 2-1. India's Deepika was adjudged the Player of the Tournament for her stellar performance in the series.

Comments
Topics mentioned in this article
India Women Australia Women Hockey
Get the latest Cricket news, check out the India cricket schedule, Cricket live score . Like us on Facebook or follow us on Twitter for more sports updates. You can also download the NDTV Cricket app for Android or iOS.