The Indian women's hockey team won and lost a match each against the United States of America. They will play Canada in four Tests now. 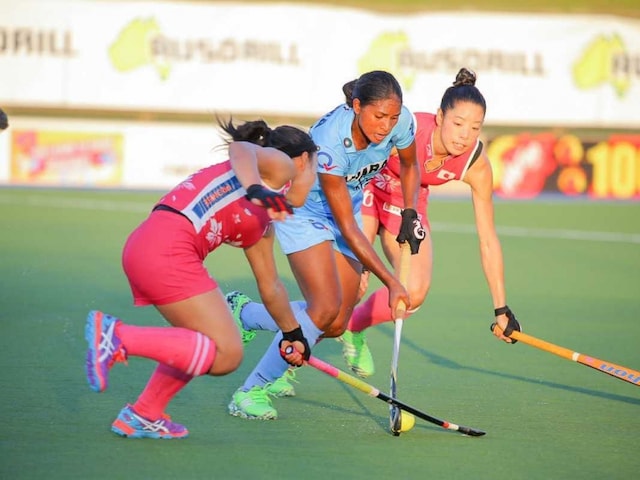 India women's hockey team fought valiantly to register a 2-1 come-from-behind win over hosts USA in their second game of the America tour in Manheim, Pennsylvania on Wednesday.

Both Indian and US girls played out a goal less first quarter with neither able to breach the rival defense and create openings.

The Indians went into half time trailing 1-0.

But the Indian eves came out stronger in the second half and started creating inroads into the US defence, constantly breaching the circle via the flanks.

Their efforts bore fruit in the final minute of the third quarter when Preeti Dubey scored the equaliser by converting a penalty corner.

Well played to the Indian Women's #Hockey Team for putting forth a commendable performance vs @USAFieldHockey today! pic.twitter.com/tNjy5zB8vY

With one quarter left to play, the game was evenly-poised, presenting both teams with an opportunity to take home the victory.

India constantly kept the pressure up in the final quarter and in the 55th minute Lilima Minz scored from another set piece to give them the lead, which they held on to record their first victory of the tour.

India had earlier lost 2-3 to USA in the first game of the tour, their final preparation before flying out to Rio de Janeiro for the Olympics, starting August 5.

India next play Canada on Friday.