India are playing in the Women's 4-Nation Invitational Tournament being played in Darwin from May 25 to June 5. 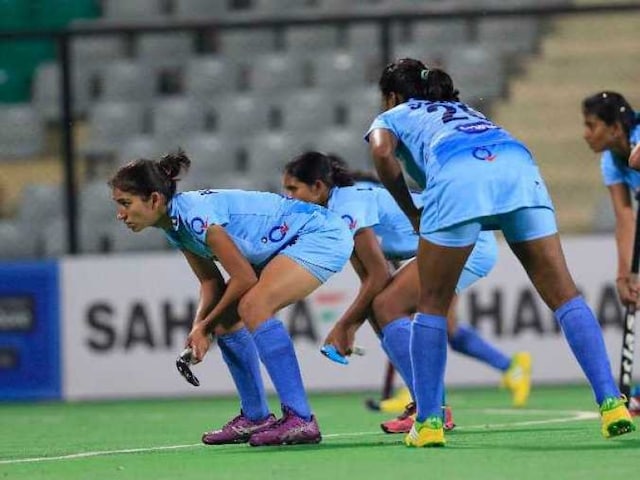 The Indian women's hockey team lost 1-4 to New Zealand in the opening match of the tournament.© NDTV

Indian women's hockey team started its campaign in the four-nation tournament on a disappointing note, losing 1-4 against New Zealand, in Darwin on Tuesday.

In hot and humid conditions here, the Indians started the game on a cautious note, putting bodies behind the ball and defending deep in their own half.

But New Zealand immediately put pressure on the Indian defence by winning back-to-back penalty corners in the sixth minute, and Indian custodian Savita pulled off a brilliant save to deny the Black Sticks from the second effort.

Therafter, New Zealand controlled the game with India looking to pounce on the counter attack.

In the 11th minute, Savita pulled off another sharp save, from a one-on-one situation against Pippa Hayward.

FT: India go down fighting vs the @BlackSticks in their 1st game of the 2016 Four Nations Invitational tournament. pic.twitter.com/QNCxkU4lSA

New Zealand came out stronger in the second quarter and took the lead through a Pippa Hayward's field goal in the 18th minute.

After the change of ends, India came back strong and pushed forward in numbers. They created several penetrations into the Black Sticks' circle but weren't able to convert and score the equaliser.

Navjot Kaur came closest, shooting wide from the top of the circle under pressure.

In the fourth and final quarter, Pippa Hayward doubled New Zealand's lead in the 47th minute before two more goals from Anita McLaren (51st) and Petrea Webster (53rd) took the game away from India.

The Indians, however, pulled one back through a brilliant strike from Anuradha Devi Thokchom, who beat three defenders to cut into the top of the circle, and unleashed a low reverse shot into the bottom corner of the New Zealand goal.

Speaking after the game, India's chief coach Neil Hawgood said, "We have to take care of the ball when we get it more judiciously. We had a lot of the ball today, especially in the second half when we were countering very strongly. Our final ball around the circle let us down though.

"The scoreline doesn't justify exactly how close the game was, and that is unfortunate. We won't let it get us down though, and will look at the positives to build for the next match."