Kothajit Singh Khadangbam said that the Indian team returned to the pitch at the right time. 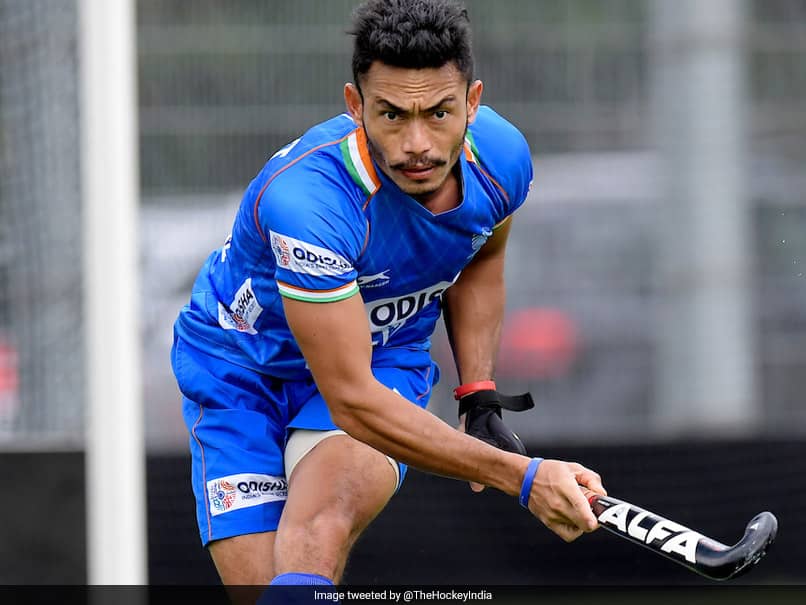 Kothajit Singh said he feels very fortunate to be playing alongside players such as Harmanpreet Singh.© Twitter

Indian men's hockey team defender Kothajit Singh Khadangbam, who has played over 200 matches for Team India, has said that the national side is shaping up well for the Olympics since resuming sports activities in August 2020. Kothajit also said that the Indian team returned to the pitch at the right time and are moving forward with each sports activities session. "It's been great to be back on the pitch. We have seen a lot of improvement over the last two months and we are shaping up well for the Olympics. We have returned to the pitch at the right time and therefore we have enough months to get back to our full form and get even better as a side thereafter. We are really thankful to Hockey India and SAI for putting all the safety measures in place in quick time so that we can focus on the Olympics," said Kothajit in an official Hockey India release.

The defender, who returned to the national side in the FIH Hockey Pro League 2020 after missing out on the FIH Olympic Qualifiers, said that he knows the aspects he needs to work on to cement a consistent spot in the Indian team.

"Being out of the side is never easy and therefore I am determined to work as hard as possible to cement my spot in the Indian team. I analyzed my game thoroughly during the lockdown and I know the aspects of my game that I need to work on. The next few months are very crucial for all of us and with the Olympics being postponed, we have a great opportunity to strengthen our individual and team game even more," said the 28-year-old.

Kothajit also added that he feels very fortunate to be playing alongside players such as Harmanpreet Singh.

"I feel very lucky to be playing hockey in the current era. We have a great balance of youth and experienced players in the team, especially in the Defence line. I am extremely fortunate to be playing alongside some brilliant players such as Harmanpreet. All of us try to inspire each other to get better and I think that's a great environment to be in. Hopefully, we will make India proud at the Olympics next year," said the defender.

Comments
Topics mentioned in this article
India Other Sports Hockey
Get the latest updates on IPL 2021, IPL Points Table , IPL Schedule 2021 , live score . Like us on Facebook or follow us on Twitter for more sports updates. You can also download the NDTV Cricket app for Android or iOS.