India had beaten the Netherlands 2-0 in the first match of the tour on Tuesday. 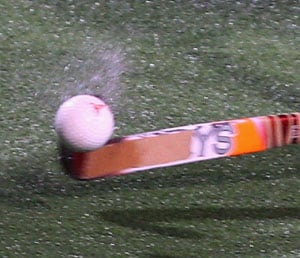 India notched up their second consecutive win over the Netherlands with a 4-2 victory over the home side in Rotterdam on Wednesday.

India opened their account with a field goal scored by Chinglensana in the 10th minute. Manpreet Singh netted another goal in the 20th minute.

India had beaten the Netherlands 2-0 in the first match of the tour on Tuesday.

The tour was part of the preparations of the Senior Men team for FIH Men's Hockey World League Round-3 (Semi-final) to be played at Rotterdam from June 13-23.

Comments
Topics mentioned in this article
Hockey India Cricket Team Netherlands
Get the latest updates on ICC T20 Worldcup 2022 and CWG 2022 check out the Schedule, Live Score and Medals Tally. Like us on Facebook or follow us on Twitter for more sports updates. You can also download the NDTV Cricket app for Android or iOS.