I Want To Be Better Than I Was, Vows PR Sreejesh Upon Returning From Injury

Sreejesh sustained a knee injury at the Sultan Azlan Shah Cup in May last year. 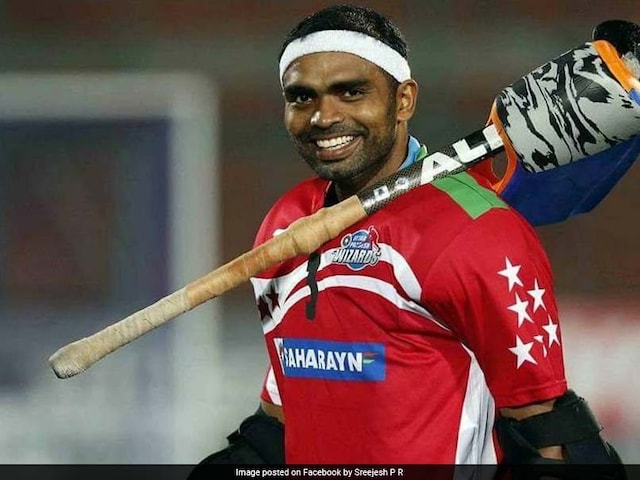 Experienced goalkeeper PR Sreejesh is determined to reach peak fitness and form in time when the key events start this year and promises to be a better player in order to boost the Indian hockey team in a busy year. Sreejesh, who sustained a knee injury at the Sultan Azlan Shah Cup in May last year, returned to the national squad last month for the Four Nations Invitational Tournament in New Zealand after undergoing surgery. Sreejesh played a stellar role in India's evolution in world hockey. They won medals in the 2016 FIH Champions Trophy and the 2017 World Hockey League (HWL) Final, apart from the 2014 Asian Games gold and the Commonwealth Games 2014 silver medal. The 29-year-old from Kerala on Thursday admitted that there is a long way to go before he hits top form. He hoped that he will be at his best when India play the Commonwealth Games, Asian Games and the World Cup.

"The pre-injury Sreejesh is history. This one is something new. You can't rely on what you were. I had to build up something new," the former captain told reporters on the sidelines of an event to announce Odisha's sponsorship association with the national men's and women's hockey teams.

"Post surgery, I had a big transformation. I am totally changed. Now, I don't want to be what I was. I want to be better than what I was," he added.

"I have really worked hard. Still I need to get some more confidence."

Talking about his struggle in making the comeback, Sreejesh said that he has also changed in personal life. "I saw life in a different perspective. I realised life as a person other than hockey and how my family members function in day-to-day life.

"In sporting terms), when you comeback from injury, you start from scratch. You need to learn how to walk, how to run. That was a difficult period for me being a goalkeeper, you cannot move like you were able to before (the injury). A goalkeeper has added weights.

"I was determined. In two months, I started to jog and three months' time, I started to wear pads -- I followed a perfect process."

Talking about the busy period till December, Sreejesh said: "Every match is important for us. It is important to save your energy and avoid injuries. Pressure is there but we have experienced players and the younger players are also getting their chances going into the big events."